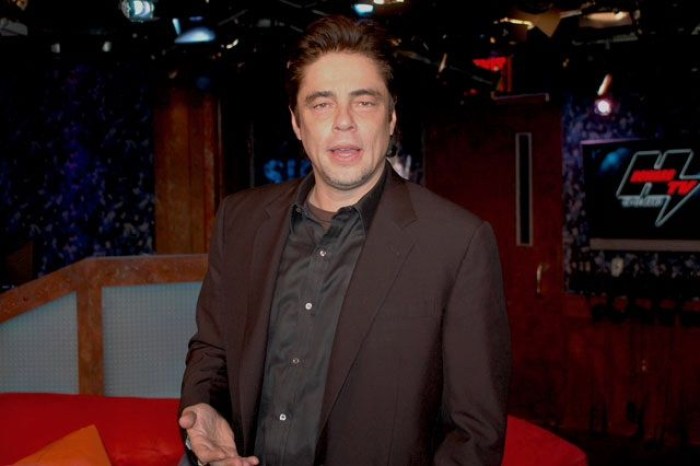 Benicio Del Toro stopped by to promote “Che,” his latest film, and Howard asked him if he’d ever consider full-frontal nudity on-screen.

Benicio laughed. “Only if I was the one in charge,” he said. “If I was the director, producer and only audience [member].”

The crew wondered about how far Benicio had taken some of his method acting practices. Benicio said he put cigarettes out on his wrist and gained 40 pounds for “Fear and Loathing in Las Vegas.” “It effed me up,” he admitted.

Howard asked if Benicio’s behavior could be rooted in a rough childhood, and the actor admitted he lost his mother at an early age. He said it wasn’t all bad, though — his stepmother sent him off to boarding school where he started finding romance at the age of 13.

Benicio told the crew that each half of “Che” took 39 days to film and locations spanned the globe: Spain, Puerto Rico, Mexico and Bolivia. He said he particularly enjoyed the historical and character research he did for the role: “It was fun…it’s good for the noodle.”

Scarlett in an Elevator?

After a while, Benicio asked if he could take a shot of Jack Daniels, so Gary Dell’Abate came in to pour him one. Benicio shot it back and asked Howard if it was true that he dictates the length of the show. Artie laughed that Howard had been doing it for years: “He’s the godfather.”

Howard, in turn, asked Benicio if (as he’s claimed in the past) he’d really banged Scarlett Johansson in an elevator, but Benicio just deadpanned. “Yeah we got caught in there. There’s a video of it. You can get it somewhere,” he said. “Pay to play!”