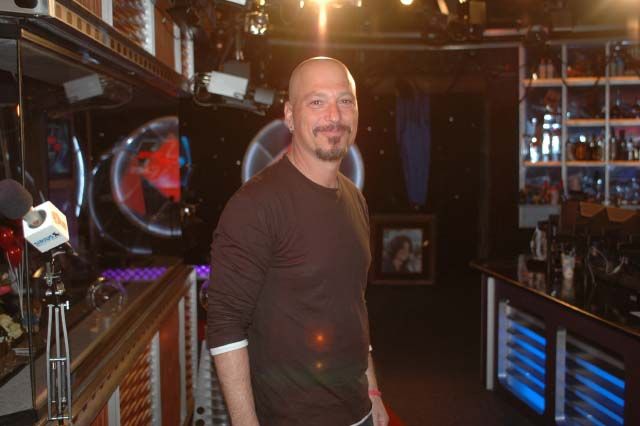 Howie Mandel stopped by to promote his new prank show, “Howie Do It,” and admitted that he had the best gigs ever. Howard asked Howie how much education it took to land the best gigs ever, and Howie laughed that he didn’t even graduate from high school – he got kicked out for tossing an O’Henry bar in the school pool and soliciting construction companies to bid on a [fictitious] extension to the school’s library: “The principle called in a psychologist and had me tested.”

Howard asked if Howie had any time for his family in his busy career, and Howie admitted that he’d been with his wife for years but only actually spent a few months with her: “That’s how I make it work.” Howie added that his daughter was a schoolteacher and his son was a collaborator on “Howie Do It.” Howard also asked Howie about his co-hosting gig at last year’s Emmys, so Howie confessed: “It was the worst, darkest, shittiest moment I’ve ever had in my life…it’s really cathartic to talk about it today, but I’m really depressed.”

Howie Mandel told the crew that his OCD still rules his life – he only goes to the movies if he can sit in the back of the room: “So nobody can cough [on me].”

To cope, Howie does 200 stand-up gigs a year: “When I get on stage, it’s like my blanket.” A caller asked Howie where “Deal or No Deal” finds its “idiotic” contestants, and Howie agreed with the characterization, saying he wanted to show the losing contestants’ ride back to the airport with their families.