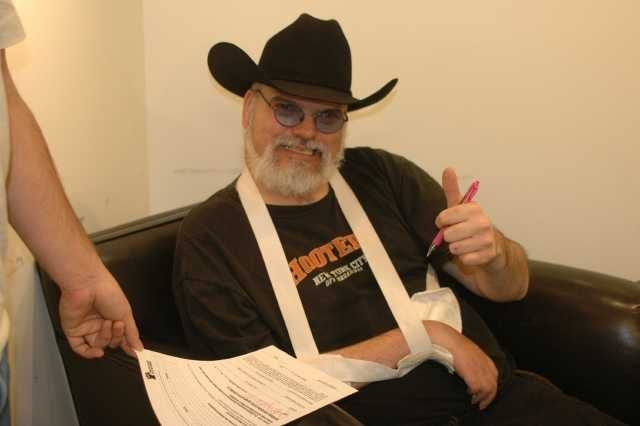 Jeff the Drunk came in to sing a song, and Howard laughed, “Jeff grew a beard! Why?!” Jeff said he thought it looked good, but Artie didn’t agree: “No you don’t. You look the direct opposite of good.” Jeff went on to note that he won his all-expenses paid trip to New York City on the Game Show Network – but “all-expenses” might not cover the fine he’s incurred for smoking in his non-smoking hotel room.

Howard demanded to see the results of the life saving ass surgery Jeff had last year, but when Jeff took his pants down, something strange was going on. Artie laughed uncontrollably (“That’s the most disgusting thing I’ve ever seen!”) and Robin remarked: “It looks like Picasso painted your ass.” Undaunted, Jeff then sang a version of Keith Whitley’s “I Wonder If You Think of Me,” creepily dedicating the effort to his first girlfriend. 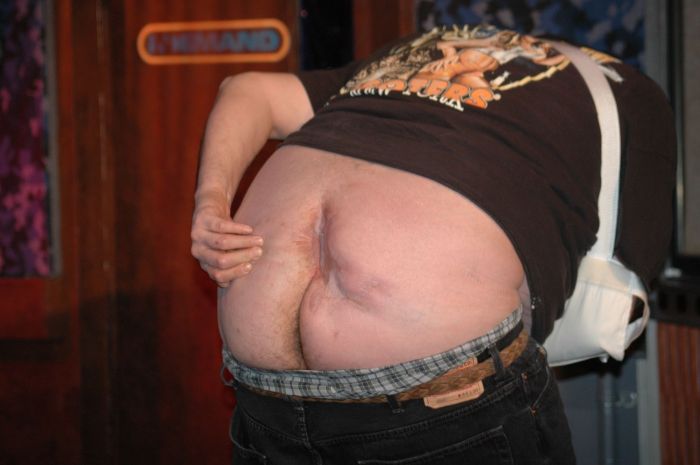 And here it is. Believe it or not, this is an improvement Photo: The Howard Stern Show
Previous Show Next Show