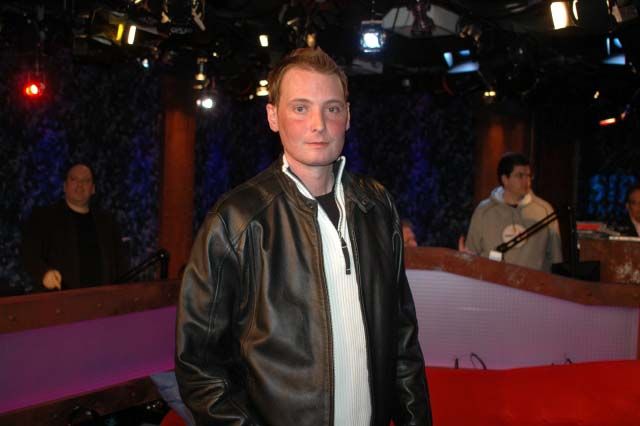 Former LFO lead singer Rich Cronin stopped by to promote his new record, “Billion Dollar Sound.” Rich laughed, as Howard played LFO’s biggest hit, “Summer Girls,” that Lou Pearlman (LFO’s former manager) was one pervy dude: “He wanted to bang everyone. He wanted to bang everyone there…he’s disgusting.” Rich added: “He needed you to sing a little bit, but really he just wanted you to be good-looking.”

Howard asked Rich if he thought Lou took any of his money, and Rich laughed that LFO sold 4 or 5 million records but he only saw pennies: “I should’ve made, like, at least 2 or 3 million dollars.” Rich said Lou even sold the publishing rights to the hits he’d written from underneath him: “I’ve had to go to therapy…He’s really a creepy guy.

” Rich then described Lou’s “wonderland for guys” mansion, saying it was full of Star Wars memorabilia – with a fat, boxer short-clad weirdo lying in the middle.

Lou Was a Hands On Manager

Rich told the crew about auditioning for Lou: “He goes, ‘You could be a star…take off your shirt’…then he’s like, ‘Turn around.'” Later, Lou really poured it on: “He’s massaging my shoulders and he’s like, ‘You wanna watch Top Gun?'” Howard asked if Lou ever rubbed Rich’s privates, and Rich admitted that Lou tried: “Eventually he did…some other dudes went for it. And if you did, he took care of you. He’d buy ’em cars…” Rich laughed that one of those dudes is now famous.

Howard asked Rich about dating Jennifer Love Hewitt, so Rich replied that he met her at an awards show: “I decided to talk to her and she kept talking to me and talking to me.” Rich eventually flew out to LA for their first date (at Universal Studios) and she asked him to stay with her that first night: “She made me wear two condoms.” Rich laughed that Jennifer even gave him a ring: “She said, ‘Listen, I wanna marry you. We’re gonna be together forever.'” Later, Rich found out she gave the same ring to other guys as well.