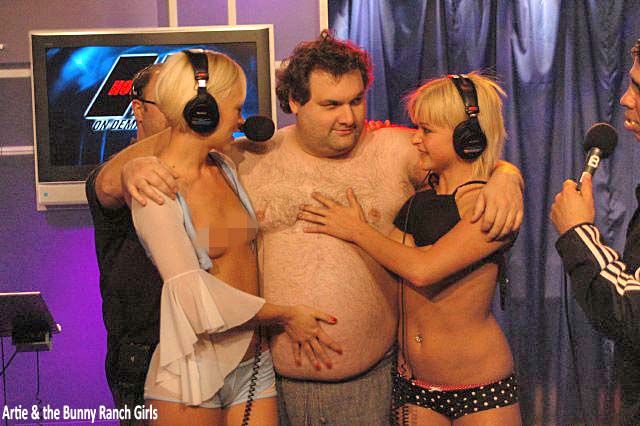 Artie told the crew that he met up with a former hooker in Vegas over the break: “She’s a – well, she used to be paid. I think I fell in love with a hooker…she’s a real person. You know, a lot of people think whores aren’t real people.”

Howard said he was surprised to learn that several well known, wealthy guys married former hookers, but Artie didn’t think he’d follow suit (“She has kids.”). He also claimed to have gotten the numbers of a few of the Playmates he met at the taping of Sam Simon’s charity poker show (for Playboy TV). Artie said he got so turned on by the Playmates, he called up his “not-a-hooker” and took her to his hotel room: “This was quick because I told her I was horny.” Artie then changed his flight to a later hour and shacked up with his friend for a good 10 hours, banging her a reported 4 times – all with condoms, of course.

Up $6K, No Thanks to Sam Simon 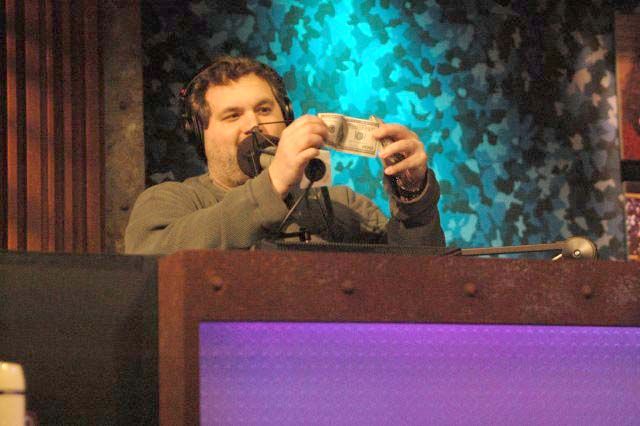 Artie laughed that the rules of Sam’s show were suspect – after getting knocked out, losing players were told they owed Sam any money (outside a complimentary $500) they’d lost on camera. Howard joked: “It’s like being on ‘ER’ and then getting a hospital bill.” Artie then did a little math, saying he lost $8K on Sam’s show, but won $14K at the casino tables – in the end, he was up $6K.