So What’s the Deal with You and Gange?

A Midget Race on the Horizon

50 Cent on Groupies and Fame

50 Cent on Groupies and Fame 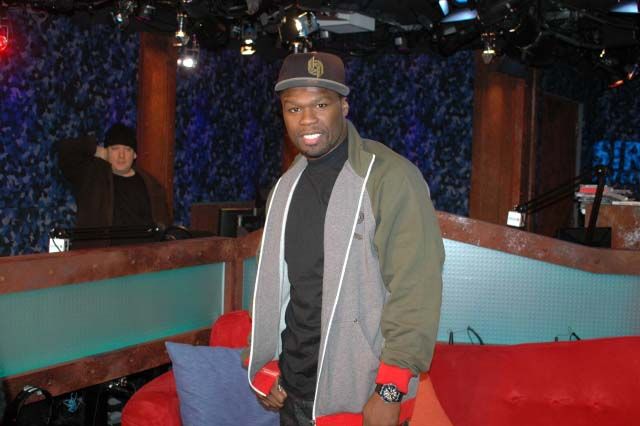 Howard asked if 50 was scoring any famous women, but 50 kept his nose clean: “Nah. of that.” Howard referenced the rumor that 50 had knocked out a fellow cast member on the set of “Righteous Kill,” so 50 explained: “They made that up. I swear to you, I didn’t hit nobody.” 50 added that the public’s desire to see a celebrity fall apart (like Britney Spears) was actually the inspiration behind his forthcoming record [coming this summer].

While they were talking about celebrity schadenfreude, 50 mentioned Chris Brown and Rihanna: “Anybody who uses current events in their material would make a joke out of it…but when you get to that point, when she’s beaten like that, it’s not funny anymore.” 50 said Chris Brown was “as clean cut as they come” prior to the incident: “He’ll never make it back to where he was…he’ll have to become something different.”

Robin asked how his ongoing (and oft-publicized) child support negotiations were going, so 50 explained that he paid $84,000 in child support, which his baby momma gets tax-free (the equivalent of a $130,000 income) – but she still wants more for dubious reasons: “What kind of 12-year-old kid spends that? It got to that point where it’s completely about money.”