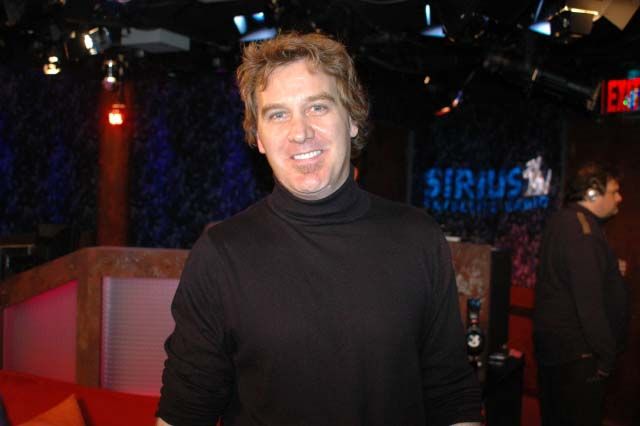 Jim Florentine stopped by to promote “The Metal Show” on VH1 Classic and said he was nervous about answering questions concerning his relationship with Robin Quivers.

Jim told the crew that Robin looked good, and Robin bristled immediately. “Of course I look good! I look good every day,” she said.

Robin said there was something going on with Jim’s eyebrows, so Jim jabbed, “I must have the eyebrows of a 25-year-old.”

Howard speculated Jim never showed “the true side of [him]self” to Robin, but Robin took issue: “You have no idea.”

Jim admitted he never brought his friend Crackfinger around Robin – and [after hearing that Crackfinger was named for his habit of sticking his finger in his own ass and then waving it under the nose of drunken party goers] Robin thanked him for the courtesy: “I don’t care to meet Crackfinger.”

Howard asked if Jim had considered trying to win Robin back, but Jim wasn’t sure: “I don’t know. You can’t predict the future. I think we’ve got a good friendship now and we’ll see where it goes.”

Robin also left the door open: “He’s becoming one of my best friends.”

Howard thought it was weird Robin could be so comfortable around someone who used to be inside of her, but Robin claimed she didn’t think about sex with Jim. “I don’t remember any of that stuff at all,” she said.

Jim was disappointed: “Wow. I guess I really wasn’t that good.”

Robin then said they were still close: “I’m sure he would tell me if he was seriously dating somebody.