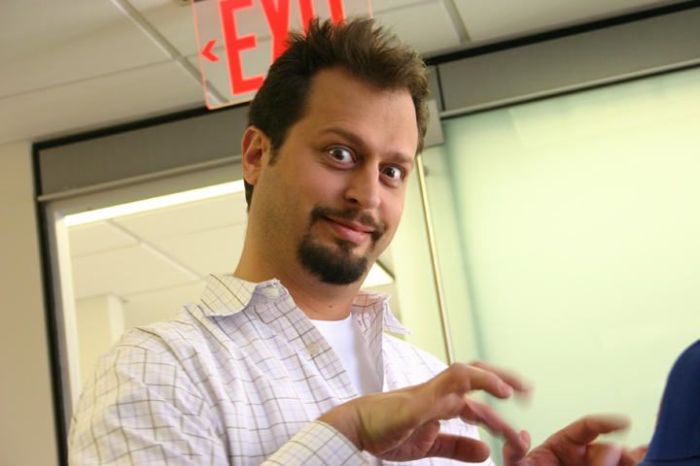 Howard played a clip from The Wrap-Up Show of Sal discussing he had once made himself president of the Beastie Boys fan club, “The Beastie Revolution.” In the clip, Sal said he used to run a message board on the Prodigy online service.

Under questioning, it came out that the fan club was only 30-members strong – and Sal was its “self-appointed” president. Sal also confessed to once buying a guitar to give one of the Beastie Boys and how he then followed the guy back to his trailer.

The crew all thought the story revealed how Sal honed his stalking skills on the Beasties before turning his attention to Howard. Sal disputed the idea, so Jason brought up the time Sal rifled through the show’s release forms looking for Kiss guitarist Ace Frehley’s phone number.