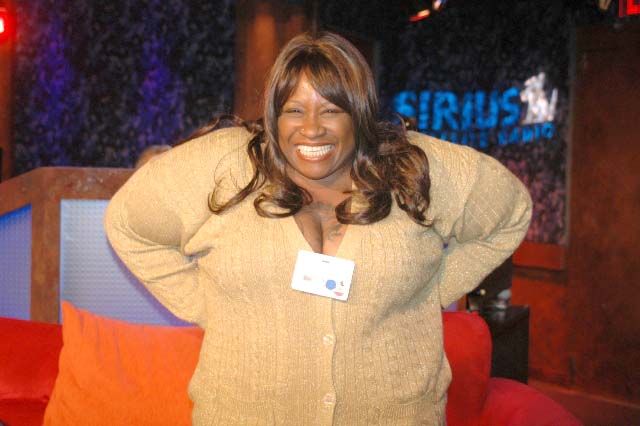 Veteran comedian Thea Vidale stopped by to promote her upcoming stand-up gigs and said she should be a bigger success – like the Queens of Comedy. Thea speculated that her inability to play the politics game probably had something to do with this: “Mo’nique hangs in with a clique. I’m not a clique bitch.”

Thea added that she was victim of Los Angeles latent racism: “LA stands for Like Alabama. The only thing they don’t do in Alabama is surf…Since when do we let action heroes be the governor? He can’t even speak good!”

On Octomom: “She got 2 titties! She need like 6 more titties to feed them babies!”

On Reasons to Love “Titanic”: “It looked like a big bowl of soup with a bunch of crackers.” 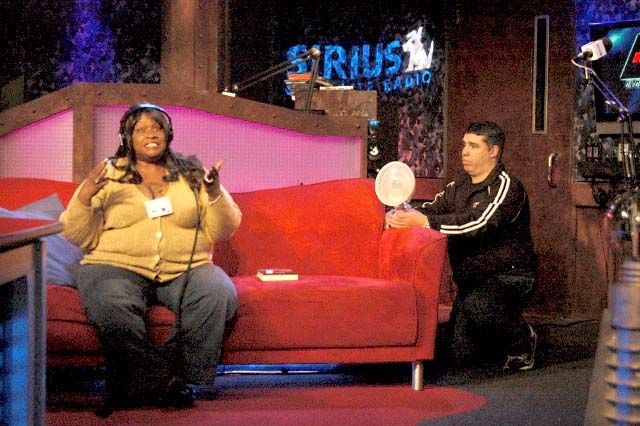 At one point during her interview, Thea started coughing and Howard asked if she was ok. Thea replied that it was very warm in the studio, which was making her cough – so Howard clapped his hands, commanding Gary to bring water and a fan to the studio.

As the fan cooled her down, Thea thanked Gary. Howard thought Thea might be experiencing hot flashes related to menopause. However, Thea shot that theory down, explaining how she had gone for a few months thinking he might have been right, but recently started getting her period again. Thea went on to tell how she got her start in comedy telling stories about working at restaurant in Texas where, among other things, she had to serve klansmen who would come full “uniform.”