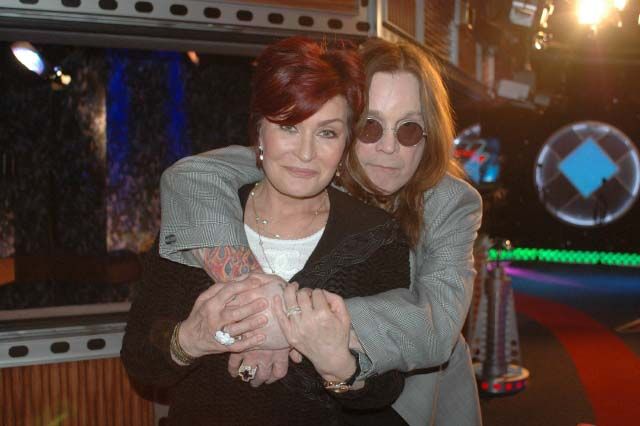 Ozzy and Sharon Osbourne stopped by to promote their new TV show, “Osbournes Reloaded,” and Howard said they both looked great. Ozzy said he was “pickled,” and was no longer suffering from tremors—he quit taking the medication that caused them.

Howard asked Sharon if she’d really had her stomach band removed and Sharon confirmed the rumor, explaining that the band never curbed her food addiction: “It’s ish-ish under control.” Ozzy laughed that he almost didn’t want “Osbournes Reloaded” to succeed, as it felt like a job: “I got into rock-and-roll to live the bohemian lifestyle and now I’m getting up at 5am!” Sharon said the sacrifice was worth the opportunity to do whatever they wanted on network television. Howard congratulated them on the gig anyway, noting that Fox seemed to be proud—the promos air almost constantly and “American Idol” will be their lead-in.

Sharon bragged that—in addition to ending his tremors—Ozzy being off prescription meds meant he didn’t need to take Viagra anymore. Ozzy said he and Sharon had sex five times a week, but his penis was nowhere near Howard’s 10-inch estimate.