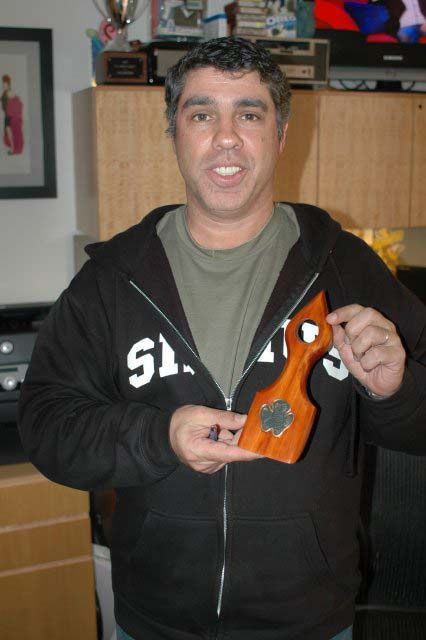 Howard laughed at the “Gadget Gary” moniker Gary uses for his column in Sound & Vision magazine, which has now expanded to regular TV appearances on a local TV news show (the WB11). Gary came in to say that the magazine chose the title, but Howard thought they could’ve made a more popular move by focusing on Gary’s teeth: “How about ‘Techno Beaver’?”

Plans for a beaver costume and mysterious identity were also thrown around, but before the end of the show, HowardTV’s Scott DePace informed the crew that someone had already snapped up the Technobeaver.com URL.