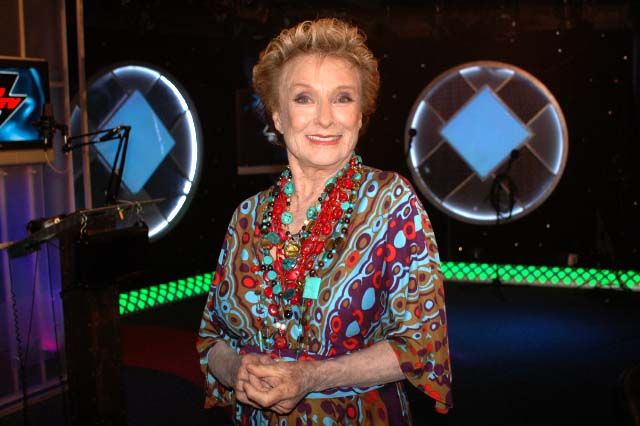 Cloris Leachman stopped by to promote her new Lifetime movie “Love Takes Wing” and immediately turned to the Stern Show’s Artie Lange, asking: “Who are you?”

Artie laughed that he’d actually met Cloris before when she guest-starred on an episode of “The Norm Show.” Cloris confessed she didn’t remember and asked who played Norm.

Howard said Cloris’ appearance seemed to holding up better than her memory, so Cloris said she stayed trim on a strict mac-and-cheese diet.

Cloris ran down her sexual resume, including a one-night stand with Gene Hackman. Howard thought she could’ve done better than Gene, so Cloris laughed: “Not that night.”

Howard asked if the sex was good, but Cloris claimed she remembered everything up to Gene sliding his hand up her dress – and then nothing.

The stories about men Cloris didn’t sleep with were even more interesting:

On Ronald Reagan: “I thought he was really square…I like men who are really funny and a little bit mean.”

On being spanked by Senator Cleghorn: “I think we were third cousins…I wasn’t in any doggy position that I’ve ever seen a dog in.”

On being hit on by a creepily aggressive Marlon Brando: “It was cruel. It was shocking.”

On dating Ted Kennedy: “He drove me around in his car.” (Artie joked that their route must’ve been bridge-free.)