Entertainer calls in to discuss a new season of "Nitro Circus" 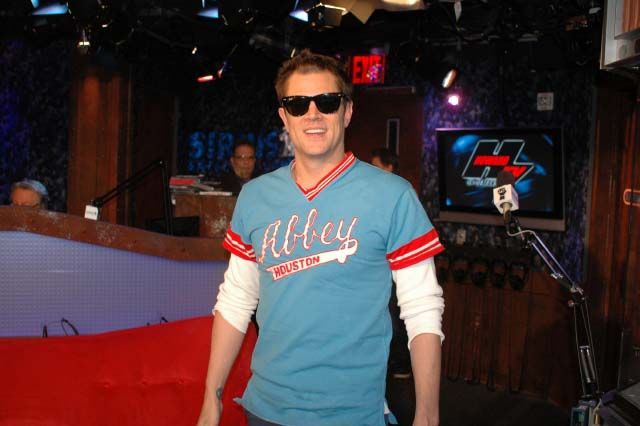 Johnny Knoxville called in to promote the upcoming season of “Nitro Circus” and Howard asked him about the catheter he has to shove up his penis twice daily. Johnny explained it was to prevent an old injury to his urethra from becoming permanent: “To make sure [scar tissue] won’t constrict and make it so the hole won’t go open.”

Johnny laughed that his doctor recently told him good news and bad news: he doesn’t need surgery, but he’ll have to keep plumbing his urethra twice daily for the next two years. Johnny went on to describe the procedure in which they put a camera up his penis: “They put something in your urethra to numb your penis and then shove a tube up it,” he said.

Gary asked Johnny to rate the pain on a scale of 1 to 10, so Johnny replied that the localized anesthetic was key. “It’s about a two or a three, but the thought of a camera being up there is an 11,” he said.

Johnny also shared his thoughts on a few of his peers, including Steve-O, a contestant on ABC’s “Dancing with the Stars,” and athlete Travis Pastrana. “[Steve-O is] battling an injury, sobriety and two left feet,” Johnny joked.

As for Pastrana, Johnny said the X Games champion and “Nitro Circus” star has performed some of the scariest stunts he had ever seen. “I get frightened when Travis jumps out of an airplane without a parachute,” Johnny told Howard.