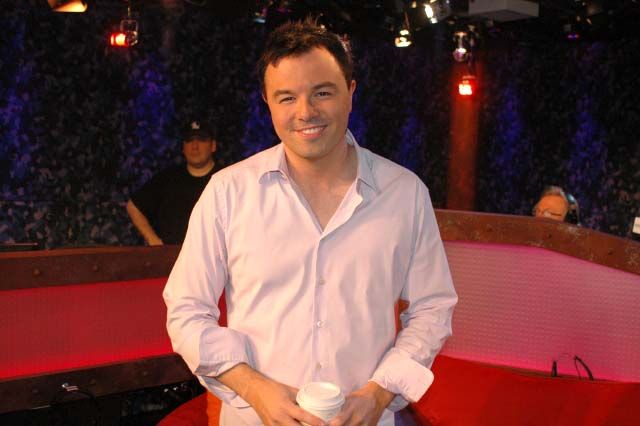 “Family Guy” creator Seth MacFarlane stopped by to promote “The Cleveland Show” and told the crew about growing up as a wanna-be cartoonist: “I was drawing from age 2. Fred Flintstone, Woody Woodpecker – anything I saw on TV.”

However, he did not start getting laid until college: “I had a couple girlfriends, but they were sporadic.” Seth said he started at Hanna Barbara as a writer/artist for “Johnny Bravo” before selling “Family Guy” directly to Fox. The show languished for three years due to timeslot changes and primetime competition – and was eventually canceled. After the show’s DVD sales went through the roof though, the network brought it back.

Cartoons Pay Off in the Bedroom 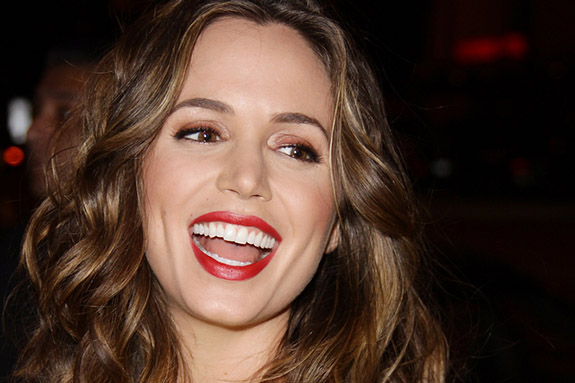 Howard went through Seth’s sexual resume, and Seth did his best to not betray too much. Eliza Dushku: “I’m saying nothing. I’m being very discreet…I won’t get into why we’re not together now. She’s very smart.” Amanda Bynes: “I plead the fifth.” “Twilight” co-star Ashley Greene: “I still have not seen the movie. I feel like such a jerk.”

Howard asked Seth why “South Park” creators Trey Parker and Matt Stone apparently hated him so much, and Seth explained that they don’t like his show’s frequent cutaways and interchangeable jokes: “They don’t see that as a legitimate form of comedy…their whole thing is, ‘Well, it detracts from the story.’ I don’t see why they care so much.” Seth admitted that it was awkward when he runs into them: “[Like] when Churchill and Hitler would be in the same room together.” Seth threw them a bone, however: “The whole two-episode thing they did on us was very funny.”