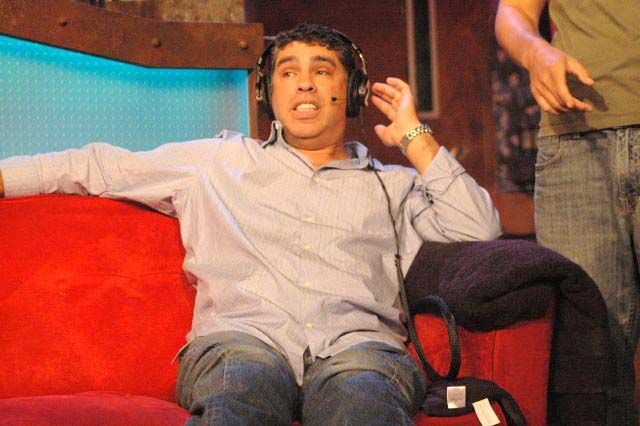 Gary started off the show recounting his kidney stone removal surgery: “It started out between 6 and 8 millimeters [in diameter], which is the size of a marble.” Gary said he missed it all thanks to the anesthesia and now is only in a little pain when he urinates: “It’s uncomfortable but it’s not what Artie described.” Gary’s doctor told him he first broke the stone into three pieces (with ultrasound blasts) and then had to “root around” for all the pieces.

Later in the day, as the anesthesia wore off, Gary began to suffer: “It’s really only that bad when I have to pee…I’m gonna go right now and it’s gonna hurt.”

Howard went over a list of foods known to cause kidney stones, and Gary described how often he ingested each item. Draft beer: “I don’t drink a lot of beer…though I did just have a tap put in my Mancave.” Berry juices: “See some people tell you to drink cranberry juice all the time when you have kidney stones.” Teas and cocoa: “I don’t drink that stuff anymore.” Peanut butter: “Well, I like peanut butter.” Gary then said the show would have a clearer picture of his future diet soon: “We’ll have it when [the doctor] takes the stent out.”