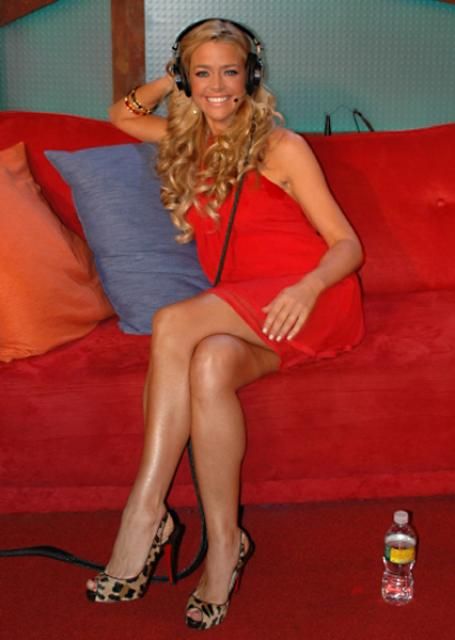 Denise Richards stopped by to promote the new season of her reality show, “It’s Complicated,” and Howard immediately put on the pressure: “Was your life ever tough? When you’re this beautiful?” Denise said she went through an awkward stage but had it pretty easy since she got her braces off in 8th grade. Howard told Denise he loved her nude scene in “Starship Troopers” and “Wild Things”: “Did you ever go for girls in real life?” Denise laughed: “In my 20’s, I may have had experiments…they came on to me and I was curious.”

Howard went through a list of Denise’s past relationships, starting with Scott Baio, but Denise claimed they were never romantically involved: “I went out on a few dates with him. I never dated him.” Howard reported that he claimed she was a “3” in the bedroom during his last appearance on the show, which confused Denise: “I never did anything [sexual] with him. I did not have sex with Scott Baio. Didn’t give him a blowjob. Nothing.” Robin wondered if John Stamos, the next guy on the list, was a good lay, and Denise answered without pause: “He is actually.” Denise then admitted that she later fell for Charlie Sheen almost too quickly: “He was 3 years sober and he was working and doing really really well.” But Richie Sambora stole her away easily: “He’s good in bed.” 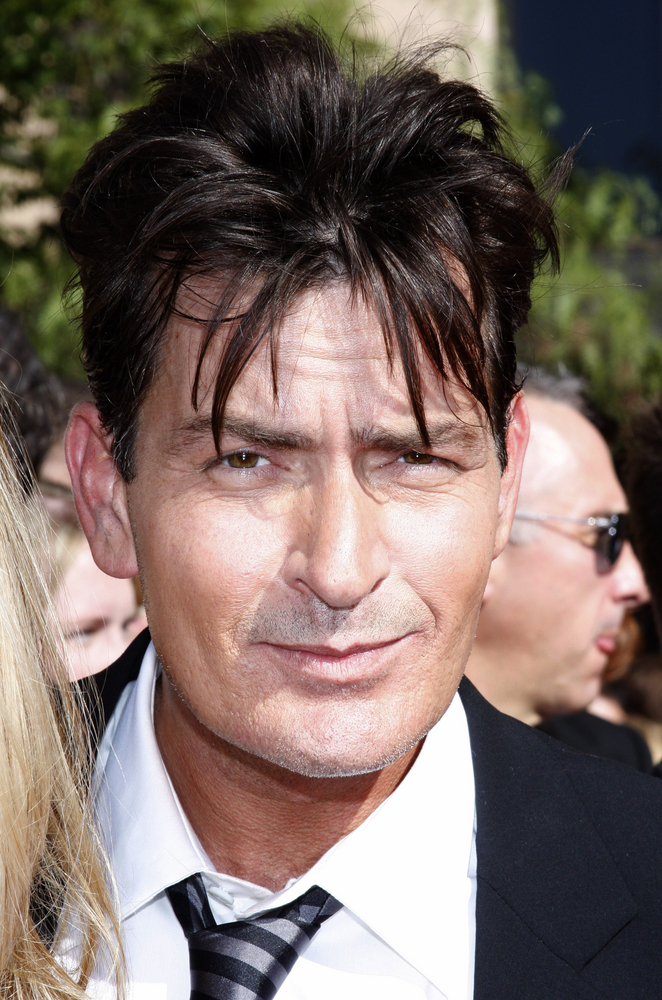 Denise readily described her split from Charlie Sheen: “When I first left him, I was six months pregnant. With a baby.” No one asked what else she could’ve been pregnant with: “Then we got back together briefly after the baby was born and it was done three months later.” Richie Sambora consoled her: “When I got together with Richie, Richie was single. Heather [Locklear] had filed for divorce.” Howard asked if Denise missed being friends with Heather, but Denise said no: “I don’t…we’re different and that’s why the friendship ended. It had nothing to do with Richie. If we were friends, would I have gotten together with Richie? No.” Denise added that she had to change her phone number after she started dating Richie because Heather would constantly call and leave angry voicemails.

Howard asked Denise about her Gynecologist and she revealed that she thought he was in his late forties and was recommended to her by Heather. On hearing that this man regularly saw both Denise Richard’s and Heather Locklear’s vaginas, Howard asked if his name was Doctor Lucky. Denise also reported that she trimmed herself so that there was a small triangle with “just a hint of lips.”

Still Waiting on a Settlement

Howard read a report of Denise’s divorce settlement, which claimed she gets $52,000 tax-free in child support, $60,000 a month in alimony and also $25 million in the estate split. Denise confirmed the child support and alimony stipends but denied the $25 million estate split: “I haven’t seen that…where’s my money? I don’t put it out there in the press, but…”

Definition of a Fun Girl 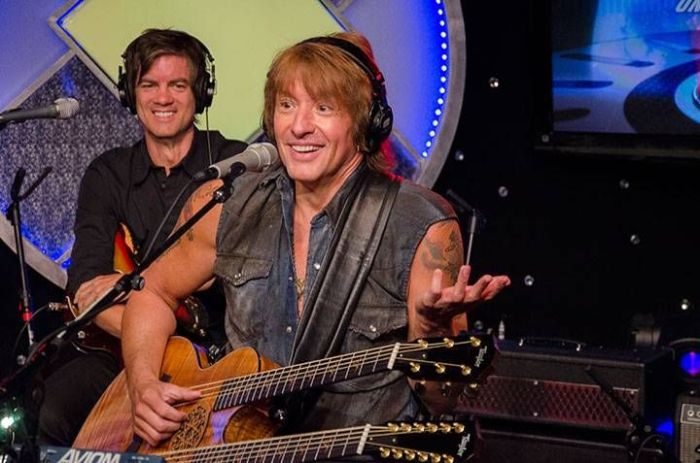 For the record, she’d kill Charlie Sheen, “F” John Stamos and marry Richie Sambora. Adding that things were actually doing very well with Charlie and she regretted having to kill him in order to save the world (that was part of the premise Howard laid out for in explaining the game).