Wheels Plays a Round of the Homeless Guy Game 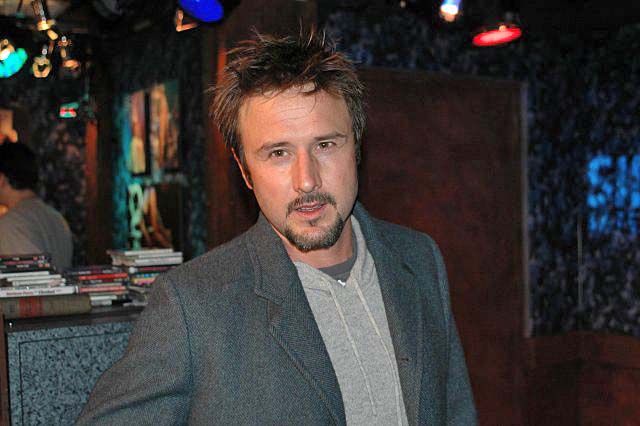 David Arquette called in from atop a billboard in front of Madison Square Garden, where he’s trying to raise awareness about the Feeding America charity: “I’m not on a hunger strike or anything. I’m just a moron up here.”

Howard asked how David’s wife, ‘Friends’ actress Courtney Cox, managed to control his behavior, so David laughed, “She’s pretty accepting of my nuttiness,” and quickly changed the subject. Howard tried to get David to discuss his wife’s friend, Jennifer Aniston’s feud with her ex, Brad Pitt, but David resisted: “Everything in the papers isn’t what it seems. Everyone’s cool. Brad’s a great guy.”

Howard claimed he’d interrogate Jennifer if he was allowed to share a dinner table with her, but David thought things would go differently: “Cut to what it would really be like – Howard would be all awkward and quiet.”