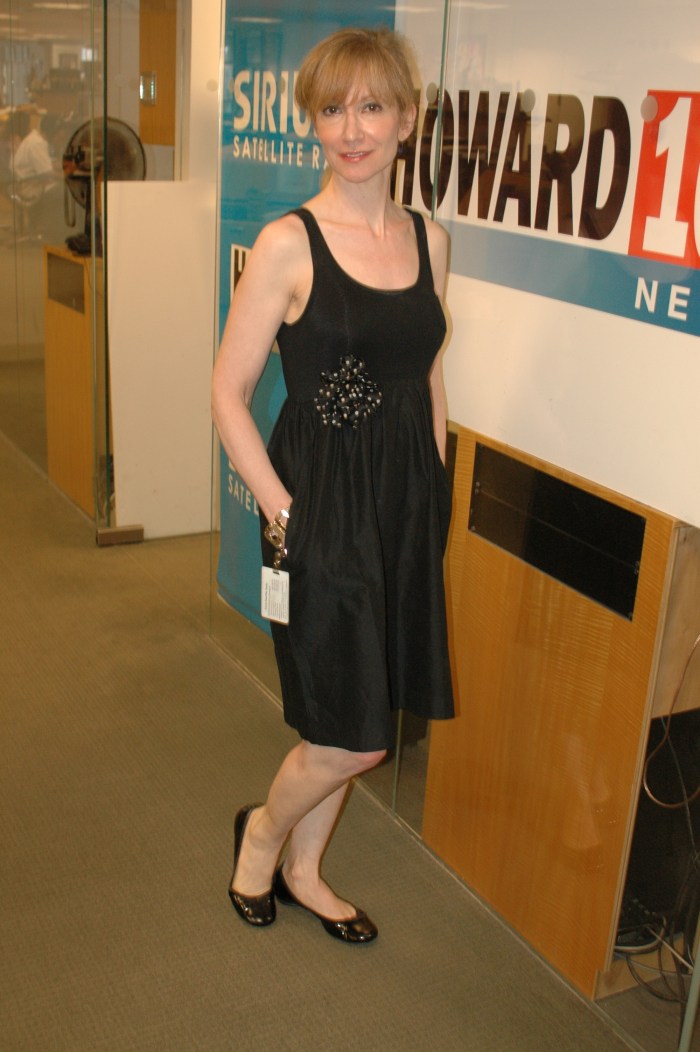 Lisa G came in with the headlines and Howard immediately noticed a sexy change in her work attire. Lisa admitted she was more confident after learning she had D-cup breasts and now wore tighter tops to work.

Lisa said she recently wore the $100 bra Howard bought her out to a Southampton bar–she’s nicknamed it ‘The Stealth Bomber’–and subsequently met famed Chicago Bear coach, Mike Ditka. Lisa laughed that Mike was nice but difficult to talk to, as he’s hard of hearing.