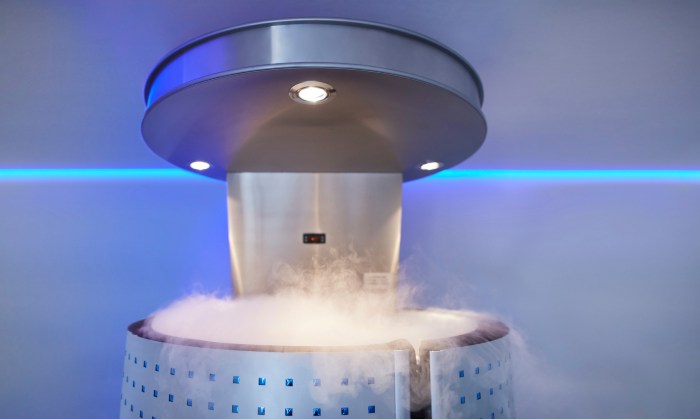 Howard got Larry Johnson, a former executive at the Alcor Life Extension Corporation, on the line to talk about his book, “Frozen,” which accuses Alcor employees of mistreating baseball great Ted Williams’ cryogenically frozen head.

Howard was confused by Larry’s written description of Ted’s head-mount, so Larry explained that a stand is needed for each head: “They put a tuna can at the bottom of each canister and then they put the head [upside down] on top of the tuna can.” Asked about the alleged “baseball” incident, Larry explained that technicians once repeatedly swung a large wrench at Ted’s head-mount/tuna can in their effort to remove/un-stick it from the top of the scalp.

Larry also revealed that Williams whole body was originally supposed to be cryogenically frozen, but due to clerical error, his head was removed from his body – with a hammer and chisel.