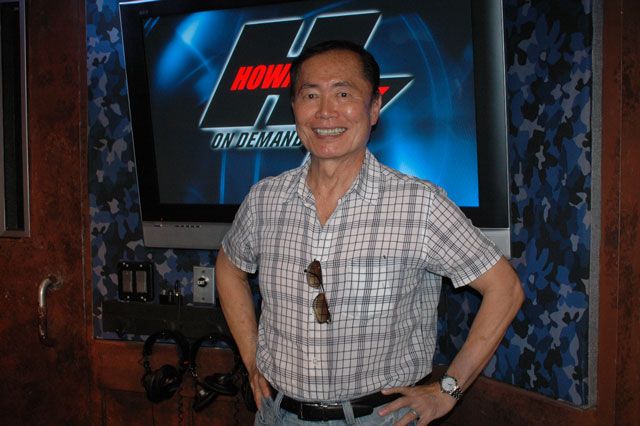 George said he’d only be in today and tomorrow, as he would be speaking at Drexel University in Philadelphia on Wednesday about his childhood. George added that Brad was traveling with him, as he usually does, unless George is headed somewhere freaky, like Romania.

Howard thought Brad wouldn’t like Vegas, as posters advertising Scott the Engineer’s upcoming DJ gig at Club Pure were plastered all over Caesar’s Palace. Scott came in to laugh: “I’m surprised I didn’t scare people away.”