Lisa G Will Give Herself Over to You 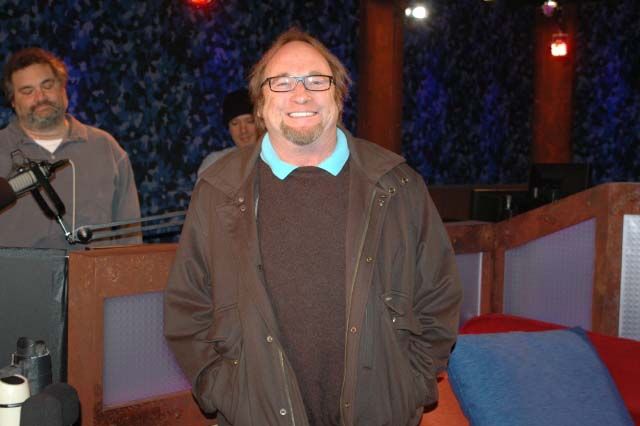 Stephen Stills stopped by to promote his new album, “Live at Shephard’s Bush,” and Howard asked him about his songwriting process.

Stephen shrugged: “They kinda just show up. These days I sit down and start typing.” Stephen went on to remark that his CSN partners were fame hungry: “I work with the two biggest camera hogs in the world.”

Howard wondered if Stephen thought of himself as the leader of the band, and Stephen nodded: “I was.”

Robin asked when he lost control, and Steven explained: “When Crosby got sober.” Stephen complained about a variety of topics, including illegal piracy and music downloading: “Stealing has become a national pastime.”

Neil Young: “Being difficult is part of his personality. [Howard] would understand him perfectly.”

His biggest hit, “Love the One You’re With”: “If I’m remembered for anything, I’d like a lot of other songs to be it.”

And later – after performances of “Midnight Rider,” “Treetop Flyer” and “Love the One You’re With” – opined about singing before noon: “And that is why you don’t play music at 8 in the morning.”

Stephen on the Greats

Howard questioned Stephen about being asked to be in the Jimi Hendrix Experience, so Stephen explained he’d endeared himself to Jimi by “being easy” and called Jimi “the best.” Stephen added that his management withheld the message: “I was in Hawaii…Jimi and I had been thinking about this over in London for a while. But they didn’t pass on the message.”

Stephen added that the reason they didn’t this was that the manager didn’t want to break up CSN. Howard wondered if Stephen would’ve taken the job and Stephen snapped: “Hell yeah!” Stephen later denied ever being in love with Joni Mitchell (“No. Well, I mean I love her but I was never in love with her.”) or ever being heavily into drugs: “Opinions vary. I managed myself pretty well.”

Stephen confessed that he did have a drinking problem at one point and also told the crew that – despite their fears – it was still possible to have an orgasm after having his prostate removed: “Well, it’s a different kind of coming, but yeah.”