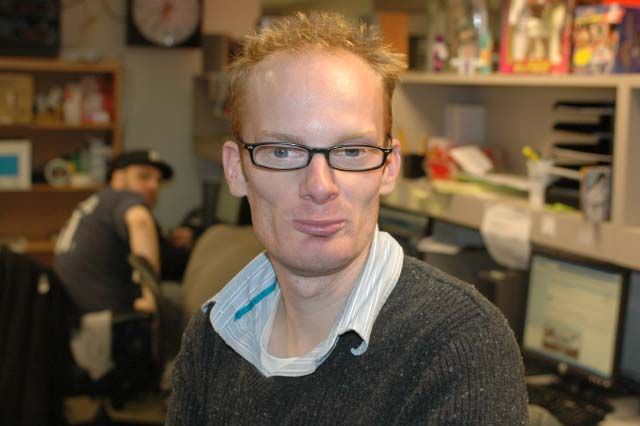 Howard welcomed Medicated Pete to the studio and had him sit down next to the three Dating Show contestants: Dynah, Chris and Lila. Howard first addressed Dynah, asking if she was troubled by Pete’s tendency to shoot in his pants during strip club visits. Dynah shrugged: “It could be a little daunting, you know.” Dynah said she suffered from Friedreich’s Ataxia, a degenerative disease that’s left her in a wheelchair. Howard asked if she’d ever encountered anyone who had wheelchair fetish, and she nodded (“It kinda trips me out a little.”), explaining that pictures of herself get a lot of hits on the Internet – particularly the ones of her wearing flip-flops: “It’s the combination of the feet and the chair.”

A Wheelchair Won’t Stop Her 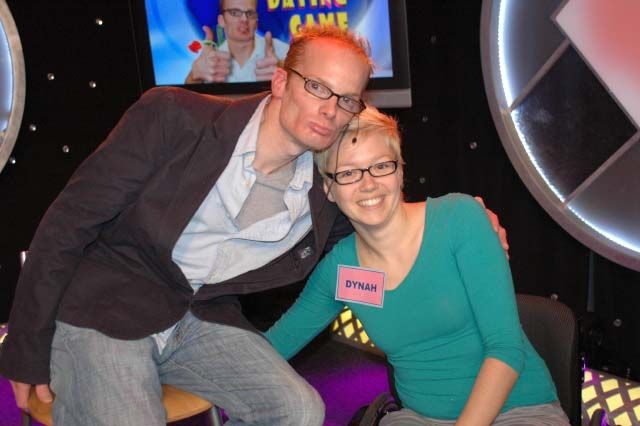 Dynah claimed her disability didn’t hinder her in the bathroom: “Sometimes I might have trouble balancing in certain positions.” Howard then gave Pete an opportunity to ask a question – so Pete asked: “What’s your thinking about me so far?” Dynah replied: “You seem pretty cool…but you seem like you need to be coaxed out of your shell a little.” Pete was typically effusive: “Sounds good.”

A Big Ex-Con with Big Boobs

Chris, the second contestant, said she was an ex-con: “I got out July 3rd.” Howard observed that Chris was a large woman, leading Chris to explain: “I put on a lot of weight in jail. All they do is feed you carbs.” Howard thought she’d be perfect for Pete if he was a breast man, and Pete continued to break ground: “I actually am into breasts.”

Chris said she was convicted for stealing funds from her employer: “I was in charge of the books and I had a big gambling problem…I would write checks to myself and put ’em in – put ’em in my account.” For his question, Pete asked what Riker’s Island was like, and Chris said it was “rough” but dorm-like: “Some of them were hostile toward me ’cause – ’cause I’m white.”

Howard then turned to the final contestant, Lila: “You look like Jenny McCarthy but you’re a ‘little person’ as they say.” Lila was surprised, claiming Howard was the first person to tell her that. Lila said she was excited to meet Pete, as she didn’t have sex very much – but had gotten lucky the other day: “Sunday was my birthday.” Lila went on to say she was very sexual: “I’m uninhibited. I’m very comfortable.” Howard wondered how a normal-sized man like Pete would match up with Lila in bed, so Lila admitted her vagina was in for it: “It’s little. Yeah. It’s just – the angles and stuff can be a little difficult…but I do like the feeling of a man on top of me.”

And the Rose Goes To …

Pete then announced: “Ladies and gentleman, I give the rose to Dynah!” Asked why he picked her, Pete explained: “I feel I have a connection with her.” Dynah felt the same way: “I’m really excited.” Howard laughed that Pete looked smitten, and Robin agreed: “They look really cute together.”