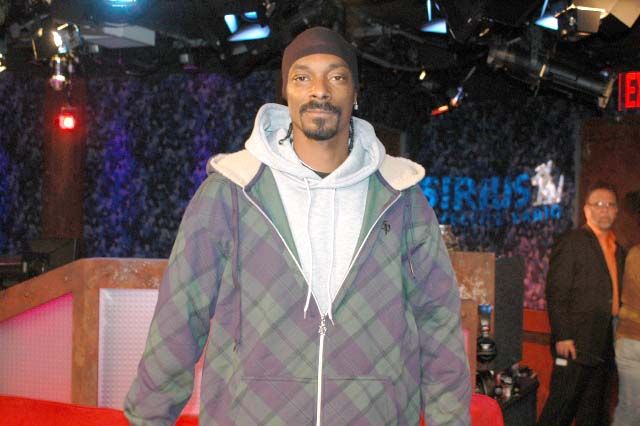 Rapper and entertainment icon Snoop Dogg stopped by the Stern Show to promote his new album, “Malice In Wonderland,” and his new SiriusXM channel, Snoop Dogg Nation, on Sirius channel 40 and XM 67.

Snoop told the crew his weed-free days were short-lived: “I stopped for about 120 days,” he explained.

“If they make it legal you better believe I’m gonna have a shop called Snoopy’s and you can come and get some,” he added

Howard asked Snoop about attending Long Beach Polytechnic High School at the same time as Cameron Diaz and Snoop laughed. “She went to a hood school,” he said. “She was a cheerleader … she was very well loved and received. She was cool with all the homies.”

Snoop said he’s since given up on the lifestyle he lived back then: “I’ve renounced gang-banging … when you get to the age I’m at, you become a mentor … they all want to get to the place where they’ve ‘made it’ in life.”