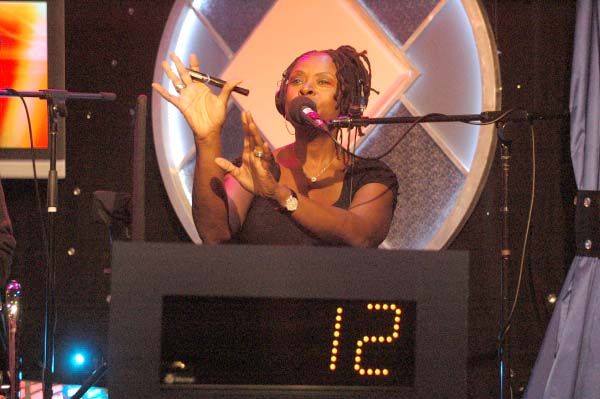 Lisa G reported this morning that she’d investigated Robin’s claims that she had a faulty buzzer during her recent ‘Jeopardy’ appearance. This caused Robin to immediately go on the defensive: “Look, I was trying to get in. I knew answers. Don’t say I didn’t know answers!”

Howard thought Robin was bullshitting, so Robin shot back that she would’ve at least beat him. (Howard didn’t think that would have been any great feat.) Robin went on to note that, despite this loss, she was still on the board as a ‘Jeopardy’ winner based on her previous appearances.