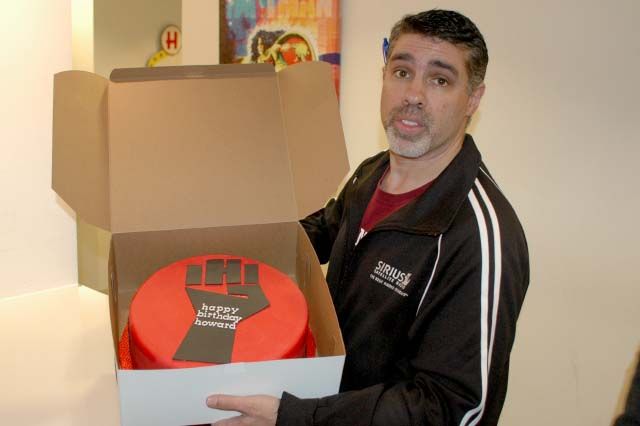 Howard started off the show wishing himself a happy 56th birthday: “I’ve got a lot to be thankful for. My wife isn’t 56.”

Later in the show, Gary brought in a cake Beth had sent in for him – a cake with a big chocolate Howard100 Fist logo on it.

Howard said he almost wanted to see the cake framed instead of eaten, but eventually decided to send it out to the staff instead.

Ellen, Howard’s older sister, called in to wish him a happy birthday and said she’d loved Howard from the moment they met: “They brought you home and the first thing you did was pee all over the nurse.”

While he had Ellen on the line, Howard tried to get some answers to questions that had plagued him for years: “Were you a virgin when you got married?”

Ellen laughed: “This is why I don’t call in…I was as pure as Snow White. That’s how I want you to think of me, Howard.”