Also, the nudity expert works out with President Obama 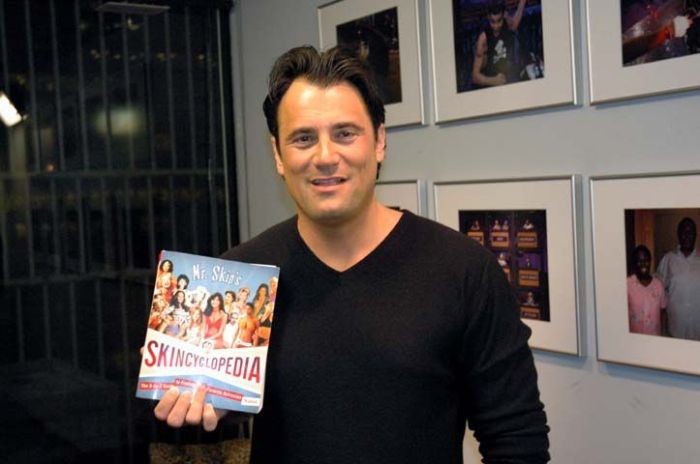 As he has done for the last 10 years, Mr. Skin stopped by to share his 11th annual Anatomy Awards and told the crew he works out at the same gym as Oprah Winfrey. “I’ve seen her on the StairMaster,” he pointed out Wednesday. “I used to see Barack Obama there.”

Howard asked if he’d ever seen any presidential skin, but Mr. Skin claimed Obama was only a senator at the time. “He was there in the shower and I saw his butt,” he admitted.

Having grown exponentially over the last decade,” Mr. Skin talked about some of the changes to his company—including now having a board of directors. “Over 10 years of doing this, there’s a lot of money changing hands,” he explained. “I’m not on the frontline … [there are] eight guys total. All they do from start to finish is go through movies looking for nudes.”

Mr. Skin also commended Blu-Ray technology for making the job easier. “We’re finding scenes and nudity we wouldn’t of been able to see on DVD,” he revealed.

Mr. Skin then announced a few of his Anatomy Award winners, including the following: