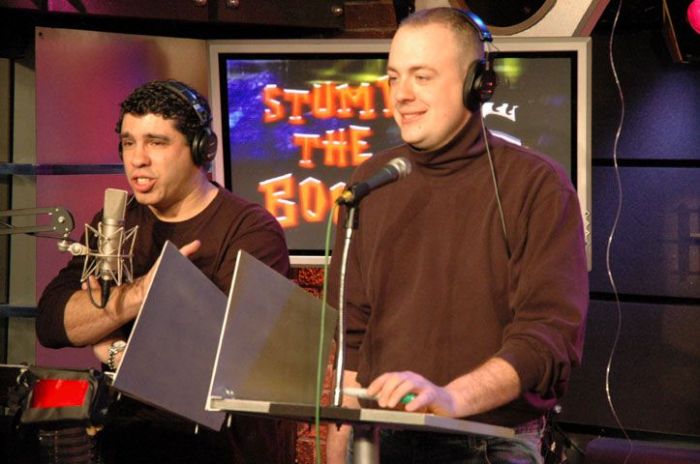 Howard said today’s ‘Stump the Booey’ contestant, Neil, showed up on time but had brought a different girl than he had originally said he would: “It’s disrespecting the show.”

Neil said he’d called Will a couple times and left messages about the girl-switch but Will said Neil was never that specific: “Did you say that this is my back-up girl at any point? He’s full of shit, Howard.”

After Richie told Howard that Shayna–Neil’s ‘new’ girl–had been on the show before, Neil explained: “She was on one time at the old station when it was on E! She’s never been in the [Sirius] building.”

Neil explained how he met Shayna on J-Date years ago but had only started dating her a few weeks ago. (Benjy noted that this was standard operating procedure for of a lot of girls on J-Date.)

Will said she had one feature that actually might make her more interesting than the girl who was supposed to come in: “She had breast cancer. She doesn’t even have her nipple.”

Neil clarified: “She has one and the other one is made-up. They’re still working on tattooing the areola.”

How Baba Booey Got Hired