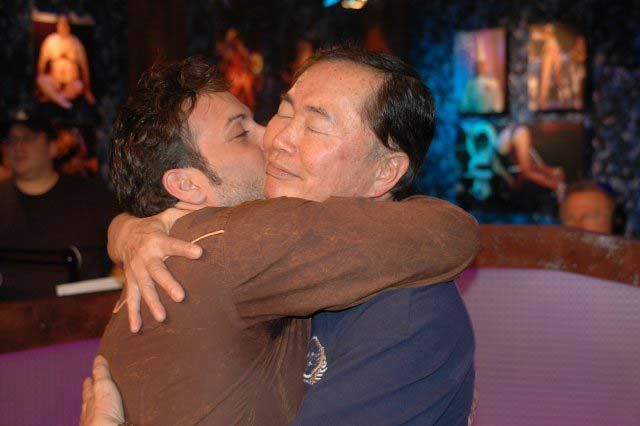 Howard said he’d enjoyed running in Central Park on Monday, as it was almost empty, it led him to wonder if George Take had ever visited the area of the park known as the Brambles, which has been described as an informal meeting place for gay men looking to make a connection.

George had indeed spent time there in his younger years, though he admitted there are dangers inherent to anonymous sex. “You do some sleazy things in your wild years,” he said. “You don’t know who it is.”

The actor said the experience wasn’t entirely negative. “I was curious and then got a little relief,” he explained.

Robin asked George if he was there to give or take, causing George to laugh. “Both,” he said. “There’s very little words exchanged.”

However, he repeated that it wasn’t a safe scene. “It’s a stupid thing to do. It’s the urge that takes you there and the excitement and the danger,” George said.

The actor usually left after a single encounter: “I usually got my relief and then left.”

Howard told George he’d been planning to moderate a special episode of William Shatner’s show “Raw Nerve,” so George and Bill could work out their issues, but his agent talked him out of it by saying it was a very strange show.