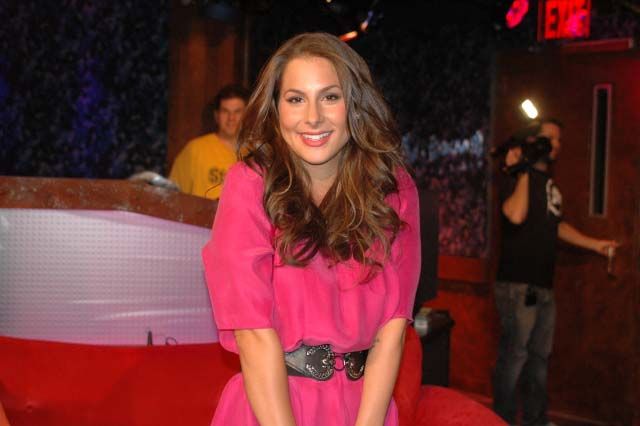 Ashley Dupré came in to discuss her pictorial and Howard started by asking if her photos were airbrushed at all. Ashley nodded: “They are a little bit…they retouched them.”

Ashley said she was glad to show off her perfect features–like many of the world’s most beautiful women–in Playboy: “For me to sit next to those names, I’m honored.”

Howard asked Ashley about reports that she’d ran crying off the set of Donnie Deutsch’s show yesterday, and Ashley confirmed it, adding that the questions Donnie asked about her past as an escort were questions she’ll always have to answer: “Bring these bastards on. I can take it.” 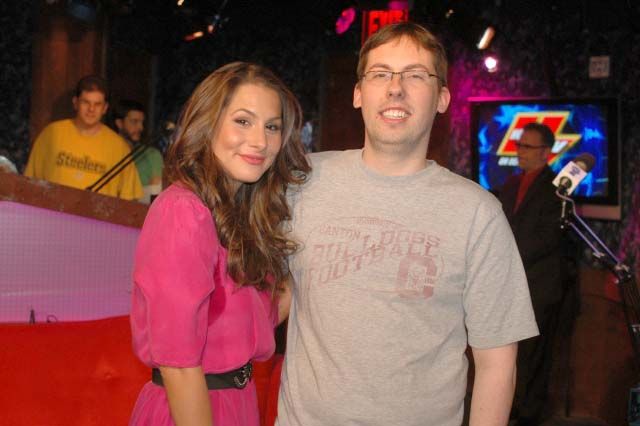 Howard wondered what JD would have change about himself to bed her, but Ashley stopped him: “I don’t think he should change anything about himself. No. I think he’ll–I think he’ll find the right girl.”

Howard laughed: “He found the right girl, but she’s rejected him repeatedly.”

JD came in to agree: “She likes douchebags.” 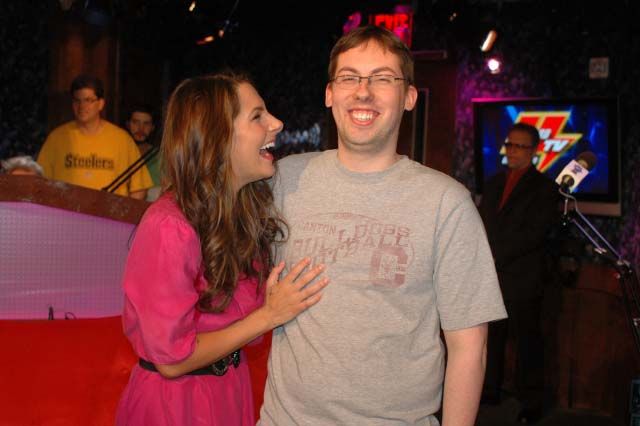 Howard asked JD if he thought Ashley had used him or led him on strictly for mentions on the show, but JD thought she knew what she was getting herself into: “Not used, but, well–but I would have almost rather just–just cause I told her, ‘I’m gonna hit on you. It’s not gonna stop.'”

Ashley claimed she’d always responded to JD’s overtures the same way: “I was like, ‘Friends. Friends.'” JD doubted he’d ever get out of Ashley’s ‘friend zone’: “I couldn’t get past this steel trap friend-wall from the beginning, so I don’t know.”

Howard pressed JD to say he felt “slightly used,” but JD balked again: “I never said slightly used. I just hate–I just wish none of this had happened at all.” Robin thought that JD’s friendship with Ashley only made his crush worse: “She’s even greater. You know her better.” JD sighed: “Yes!”

JD refused to say he was heart-broken: “I don’t know about broken-hearted…broken-hearted is sitting depressed in my room all day.” Howard laughed: “But you do that anyway.”

Ashley told the crew she once lived with a couple, sleeping with both of them: “When you’re young I guess you just experiment…I think that was a period when I was doing a lot of drugs.”

Ashley claimed she’d been much more into the girl, so much so that they rarely made it home before getting it on…in the backseat.

Ashley said she was still bi-sexual–she was most recently attracted to Ryan Phillipe’s girlfriend when she and JD visited his home on their ‘dream date’ last month: “Ryan wasn’t hot. She was hot.”