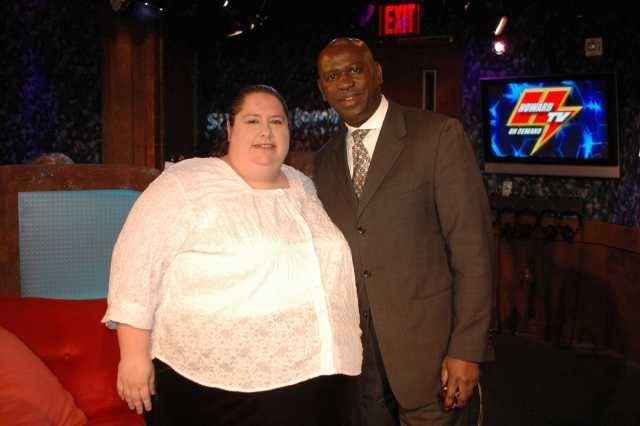 Donna the 600 lb fetish model and her man. Photo: The Howard Stern Show

Today on the Stern Show: Ralph reeks of garlic; HowardTV peeks behind Jeff the Vomit Guy’s curtain; Bong Hit Eric calls in with some surprising news; Eric the Midget denies that he wants to become anyone’s wrestling manager; Donna, a 600 lb. fetish model, pops into the studio to talk about life and love; reality TV star Omarosa comes by too and revealed she has been stabbed 7 times.