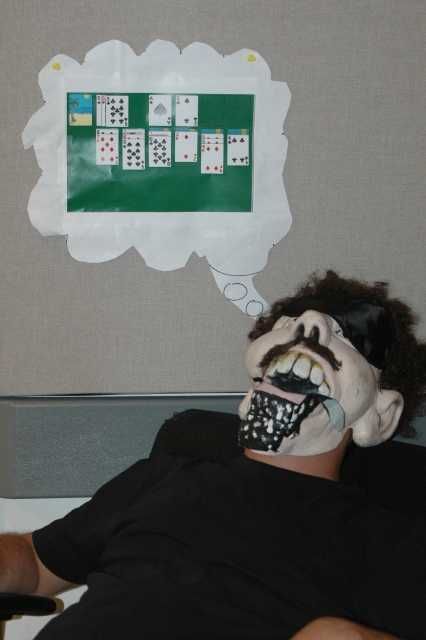 HowardTV brought up footage of Gary sleeping at his desk during yesterday’s show on the in-studio monitors. Needless to say Howard was pissed as he scolded Gary. “You were snoring and licking your chops!”

Gary tried to deny it at first but later conceded, “I do look [passed] out. I’ll admit that…I didn’t think I was but it looks like I am.”

Howard couldn’t believe the audacity of Gary’s denial exclaiming, “This is disrespectful to me…put your energy into your job.”

Howard placed blame on the black-and-white cookies delivered every Wednesday morning as part of cupcake Wednesday, but Gary denied it saying, “I probably had 7 or 8. The little ones, not the big ones.”

“It’s as offensive to me as Benjy showing up late,” Howard explained as a defeated Gary left the studio.