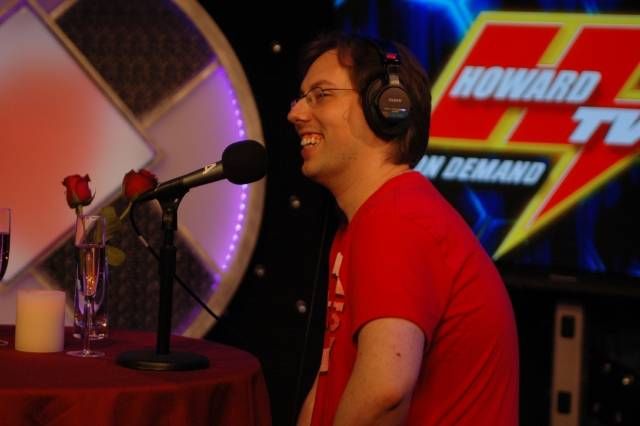 Early in the show, Howard announced that JD would be speed-dating today–news of the bit had been withheld from JD until that moment: “I want him to be himself.”

JD came in to protest, but Howard insisted he go through with it: “I didn’t tell you this on purpose because I didn’t want you to be all nervous.”

Howard laughed that JD already had strikes against him: “You gained about 14 pounds in the past two months. You’ve got double chins now.”

Robin hoped the JD’s speed-dates were up to the inevitably-awkward challenge: “Maybe they can take over the conversation.”

After Howard noticed scratches and scabs all over his arms–JD compulsively picks at himself–JD explained that he was looking for help: “We talked about a psychiatrist…because I’m easing off the Zoloft.”

Howard thought it was the right move: “We need to give him some pills but we already gave him some pills.” Howard hoped that speed-dating might help: “He needs to get out there. This is going to help him.”

Ronnie Has a C-ck in His Mouth