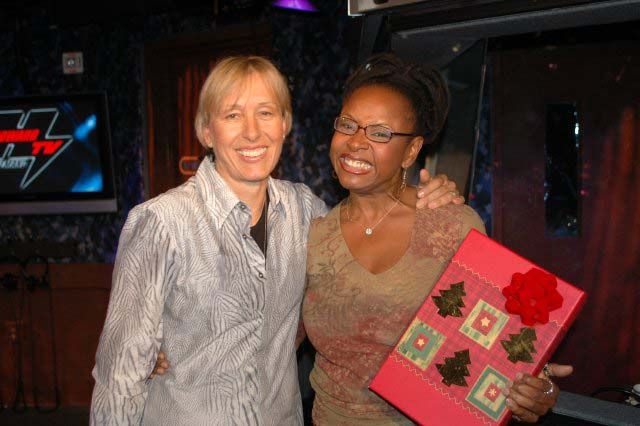 Robin said her weekend was more eventful than Howard’s–she was thrown out of the Presidents box at the US Open after her day-pass expired: “I saw the end of the final day match and then ran into some friends.”

Robin got so caught up talking with John McEnroe, Rob Thomas and Star Jones that she forgot about her limited pass: “I was just sitting there and someone kept pouring champagne.”

The US Open crew tracked Robin down when she moved to another–though still restricted–area: “Apparently there was this commotion going on.”

Eventually they tired of tracking her across the grounds and gave her tickets to access yet another area, essentially telling her to “get a drink and get out of here…it was kind of awkward at that point.”

Scott the Engineer Is Prepping

Will the Farter Blasts the Buttweiser

Bubba the Love Sponge Gets No Foreword