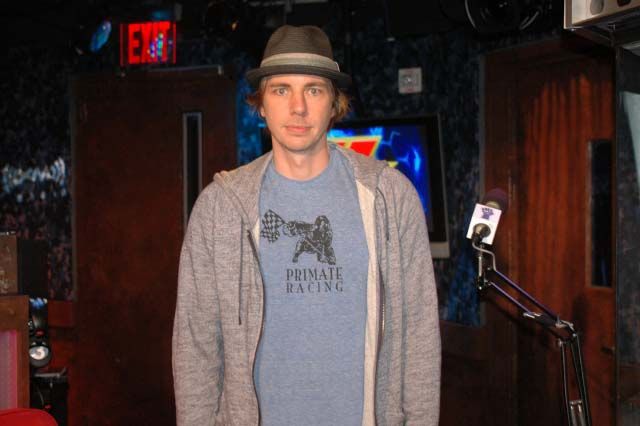 Dax Shepard stopped by to promote his latest film, ‘The Freebie,’ and told the crew he’d spent 8 years trying to break into show biz before landing his first job in entertainment: “I could’ve become a surgeon in that [time]…[but] I was happier failing at that than I would’ve been in any other job.” When Dax finally did get a gig on MTV’s ‘Punk’d,’ his brother watched an episode and said it looked easy: “I was like, ‘Oh really? You studied improv for 5 years’…no one would ever say to a judge, like, ‘I saw it on TV. I could try a case.'”

Dax said the show was anything but easy, explaining that before it aired they shot the entire first season, so the show’s victims were confused when the prank was over: “I would say, ‘You got Punk’d!’ And they didn’t know what the f’ that meant.”

Howard said he always thought he had a chance with Kate Hudson, one of Dax’s former girlfriends, so Dax shrugged: “Maybe. She likes guys with great personalities.” Dax said his relationship with Kate was short (“It was a 3-month summer affair.”) and cited one of his favorite parts was the time he got spend with her step-father, famed actor Kurt Russell: “He might be the coolest guy I ever met.”

Dax said he met his current fiance, ‘Veronica Mars’/’Forgetting Sarah Marshall’ star Kristen Bell at a dinner party: “I didn’t know who she was and she didn’t know who I was.” He later got her number from a mutual friend: “She said, ‘I will give it to you if you don’t rape her.'” Howard wondered how Dax didn’t climax the second he entered Kristen the first time, so Dax laughed that it wasn’t much of a problem: “I’m also getting older and I’m on Propecia.” Howard asked if Dax was jealous of Kristen’s love scenes with Josh Duhamel, their ‘When In Rome’ co-star, but Dax shrugged: “I was so lucky because he doesn’t put out a sex vibe.” Dax said he’d actually befriended Josh and his girlfriend, Black Eyed Peas’ vocalist Fergie, on set and accidently got them all chewing tobacco–starting with Kristen: “So now that cute little blonde angel starts dipping…cut to all four of us sitting on-set with our spit bottles.”

Dax told the crew he got himself banned from Conan O’Brien early in his career after a drunken appearance (“I used to drink way too much. I had a bit of a problem…I had done the pre-interview in a total blackout.”) in which he claimed to have been bitten by an animal from the preceding segment: “And then I just [pretend to] pass out and I go over the back of the chair. I break the table.” Dax said he gave up drinking on his own–he’s been sober for six years–because he would never survive a Hollywood-partyboy persona like Ashton Kutcher or Jack Nicholson: “The truth is I’m Gary Busey. I’m Jan Michael Vincent. I’m not Jack Nicholson. I’ll be a closed-head injury.”