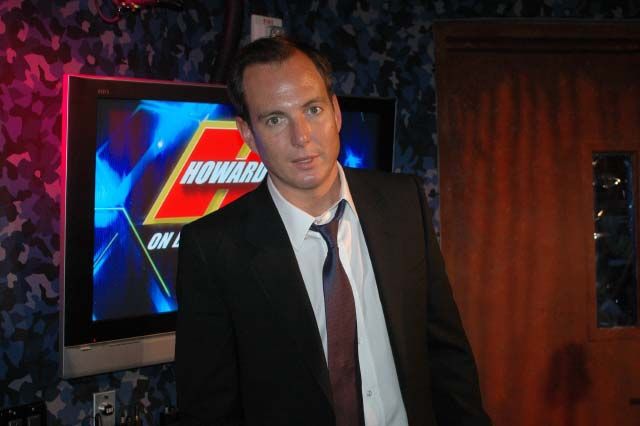 Will Arnett stopped by to promote his new sitcom, ‘Running Wilde’, and was shocked to see Benjy in-studio: “Why the f’ is he in here?”

Howard noted “a real look of disgust” on his face when Will saw Benjy, so Will–an everyday listener–said he was disappointed to see Howard permit Benjy’s chronic tardiness: “You should have fired him. Absolutely. Should have fired him immediately…Benjy–who’s not a kid–should know better.”

Howard wondered why it took Will so long to “make it” in Hollywood, so Will shrugged: “I drank like an asshole.” Howard asked if Will slept with a lot of people he shouldn’t have, and Will joked: “Exactly. And all those dudes are mad at me know.”

Will credited Les Moonves with his current success, explaining that Les had fired him from a dead-end sitcom, freeing him up just in time to land what became his breakout role on ‘Arrested Development’: “I should thank that guy every day. On the anniversary of the day I was fired, I should send him flowers.”

His Wife’s Breasts and JD’s Pants 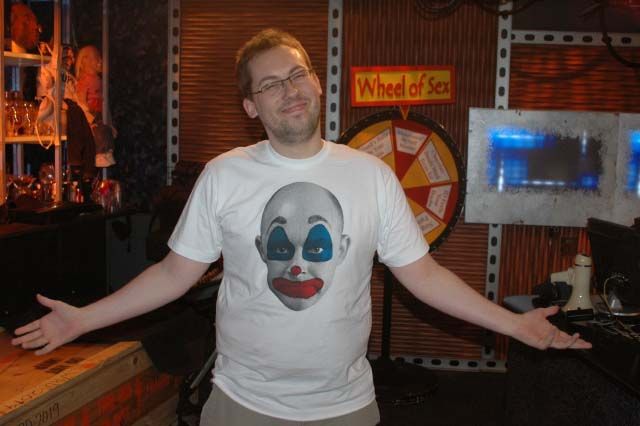 Will said he and his wife, ‘Parks & Recreation’ star Amy Poehler, managed to work and raise a family thanks to a small army of nannies and assistants: “I must employ upwards of 11 or 12 people.” Howard asked if Amy at least breast-fed her children before handing them off, but Will balked at the question: “Is she breast-feeding? Uh, I don’t know…I’m not at liberty to discuss.” Will asked to meet JD, so JD came into the studio, mumbling: “Your dreamboat has arrived.”

Will thought JD’s look wasn’t as bad as Howard had promised: “But JD. The jeans. Limp Bizkit is done.” Will then had JD repeat a mantra–one that will hopefully help him start treating himself and his wardrobe with greater care: “JD is a friend of mine, so stop being mean to him.” On Will’s way out, Howard wished his family well: “Say hello to your lovely wife. And if you ever see your kids, say hello to them.”