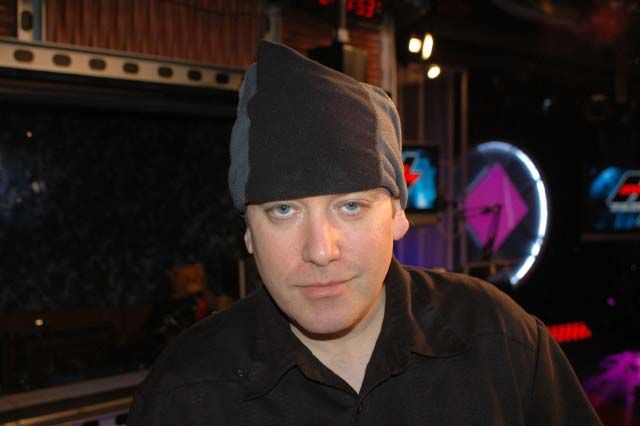 Howard started off the show playing a clip from yesterday’s Wrap-Up Show in which Tracey exploded on Benjy about his holiday party date’s performance at the Stern Show holiday party.

Later in the clip, Benjy wondered if Tracey was asking him to “step outside,” and Tracey lit him up: “Benjy, if you stepped outside with me, I swear to God I would f’ing cut your f’ing dick off. Don’t think for a second I wouldn’t do it.”

Gary came in to say that Benjy came to him after the showdown – but when he relayed Benjy’s apology, Tracey was unmoved: “She said, ‘Really? I can’t believe for one f’ing millimeter of one f’ing second that I might have felt bad for him.'”

Will Tracey Get Her Own Show?

Toward the end of the show, Tracey came in to question Howard’s request that she host her own show: “What am I gonna do?”

Howard laughed that she should just get pissed: “It’s great when you’re angry.”

Tracey balked: “Well you know, I don’t really like to get that angry…If there was something for me to do, fine. But to just go sit in studio 21?”

Tracey said her problem was format – not content: “I’ve got a lot of opinions. Don’t worry about that.”

Howard hoped the show would come together: “I’ve never seen anyone rise with such popularity…I mean, think about it.” Tracey finally relented: “If you guys come up with something that I could do, I would do it.”

Howard then noted Tracey’s recent “glow” and asked if she was in love – Tracey gave a very Tracey response: “Yeah. New subject or I’m leaving.”

Benjy tried to deflect attention, saying Ronnie the Limo Driver was even more sexually aggressive with his date: “He was laying on top of her.”

Ronnie came in shouting: “What is he dragging me into this for?…Your shtick is so f’ing burnt out already…I wasn’t laying on top of her!”