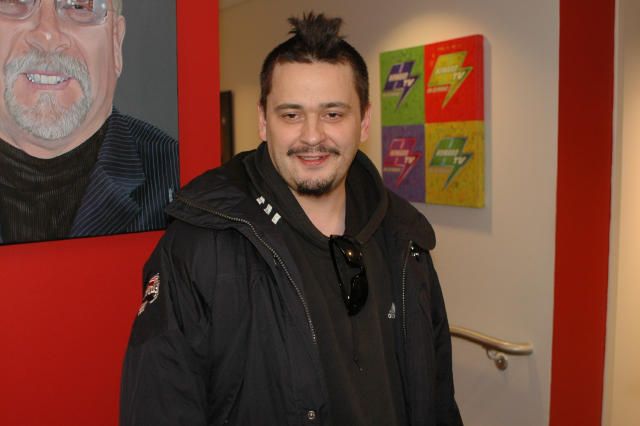 After congratulating the SuperFans on their win, Howard welcomed Ass Napkin Ed to the studio and asked if he’d been drinking.

Howard thought it was too early to be drinking: “Or you haven’t been to sleep yet?” Ed clearly didn’t process the question: “I’ve been sleeping.”

Howard shook his head: “This is very depressing.”

Ed complained that Gary was neglecting his job by not returning his numerous calls while promoting his book, but Gary just laughed at Ed’s clumsy motives: “I stopped calling you back long before the book.”

Gary then reported that Ed had left his backpack wide open in the greenroom for everyone to see its contents–a battery of boxed-wine bladders: “He’s been walking around with six empty bladders in his backpack.”

The show later learned that building security had also confiscated “a bunch” of bottles of brandy and “a couple” cans of beer.

An Update on the Actual Ass Napkin

Howard asked if Ed was wearing his trademark ass-napkin today, but Ed wasn’t sure: “I think there is. I don’t know.” Liz reported that he’d actually gone with another form of ass-rot insurance: “He has three pairs of underwear on today.” Ed’s explanation turned into an attack: “‘Cause I shit myself. I shit myself last night. Why are you looking at me Gary? What the f’? You’re an asshole.”