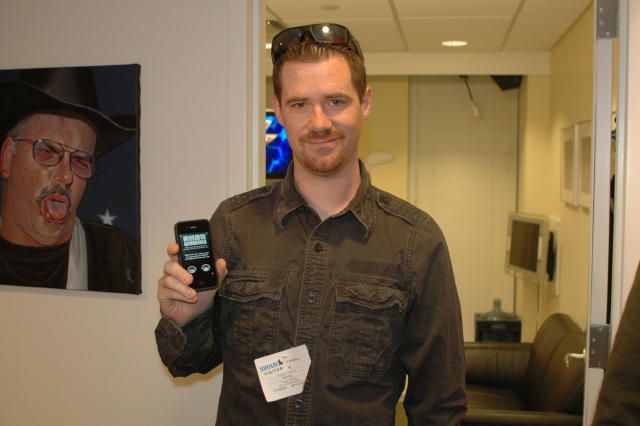 Howard welcomed a listener named Joe to the studio to discuss his new iPhone app, The Ugly Meter. Joe said the app analyzes your picture and gives you a score on a scale of 0 to 10, with 10 being the ugliest.

Howard then allowed Joe to take his picture–with one condition: “Program in that I’m on the radio. That could affect it.”

The app thought Howard was beautiful (a perfect 0.0) but Howard had his doubts: “That didn’t work.”