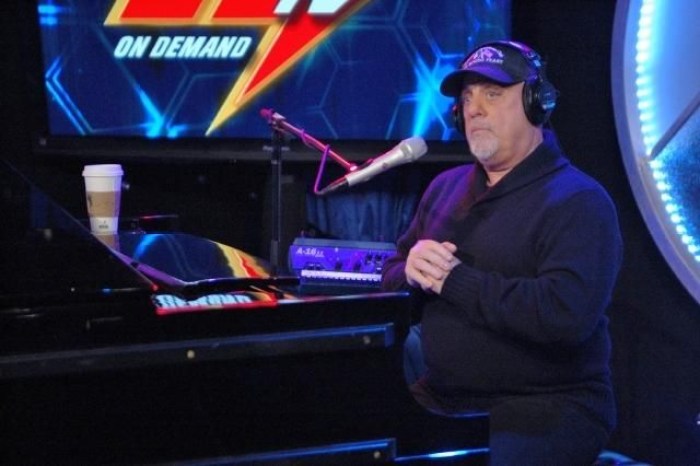 Billy Joel stopped by to promote his new movie, “The Last Play at Shea,” but first Howard had a burning question. He wanted to know if the Piano Man’s chart-topper “Uptown Girl” was about his relationship with supermodel Elle Macpherson or supermodel Christie Brinkley.

Billy said it was about both women. “That story’s been around since ‘Uptown Girl’ came out. They didn’t get the whole story. They got part of it,” he said. “I wasn’t even dating Christie when I started writing the song. I was dating Elle.”

Billy said the song was originally titled “Uptown Girls,” and was about multiple girls.

Howard wondered how serious Billy had been with Elle.

“We dated on and off. We weren’t like engaged or anything. We just kind of dated,” Billy said. “She was 19.”

Billy then played a little bit of “Uptown Girl.” “It’s supposed to sound like Frankie Valli but it doesn’t,” he laughed. “It’s too early in the morning.”

Billy told the crew about the time he’d had Paul McCartney over to jam–or at least to share what they’d been working on: “I had written some piano pieces. And he had been dabbling in classical-style music. And I had some.”

In preparation for Paul’s visit, Billy remembered his strict vegetarian diet and began hiding all the meat from his refrigerator around his house. “I had to literally hide the salami,” he said.

He and Paul listened to music and talked about their touring days: “And that went on for few hours and then he left. He never looked in the fridge.”

Billy laughed that he was on such a high after Paul’s visit, he didn’t remember hiding the meat until a few days later: “And I’m looking around my house like, ‘What’s that smell?'”

The Story of His Hits 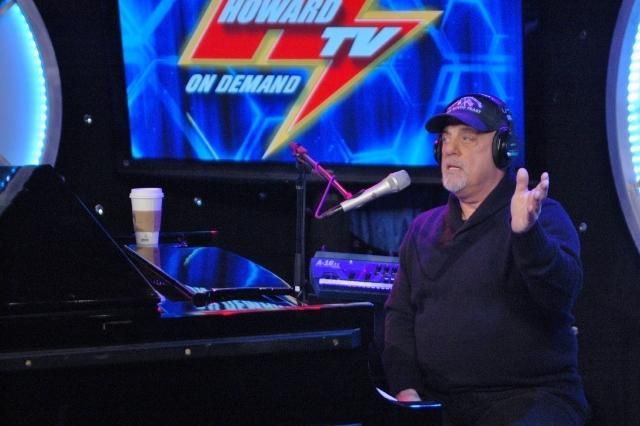 Howard asked Billy how he wrote his biggest hits, starting with “Allentown,” so Billy said it was originally named after Long Island’s sleepy Levittown: “Living here in Levittown. It was so boring, I never finished the lyrics.”

Billy then played a little of “The Downeaster ‘Alexa'” and confirmed that “Big Shot” was written for Bianca Jagger–but from Mick’s perspective: “I was thinking of Mick singing that to her.”

Billy said “Just the Way You Are” might be the song he wrote fastest, while on the phone with his accountant and lawyer: “I was in the middle of a meeting and said, ‘I’ve got to go. I got an idea for a song.'”

He also wrote “New York State of Mind” in 15 minutes on a bus headed upstate to Highland Falls and “In the Middle of the Night’ in a dream–and later, finished it in the shower.