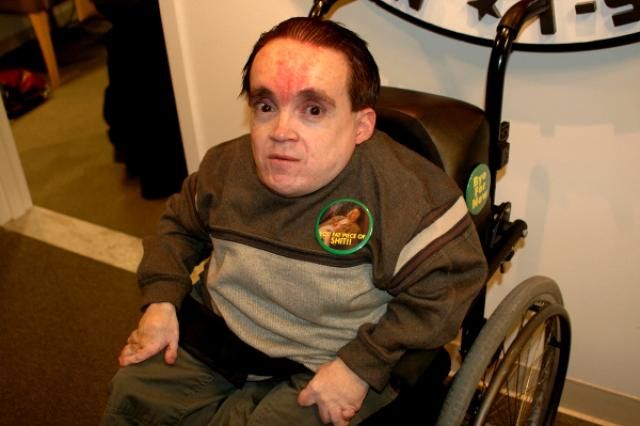 A caller named Javier called in claiming he was the World’s Biggest Eric the Midget Fan. To back this up, Javier explained how he’s catalogued every one of Eric’s calls, organized them chronologically and falls asleep to them every night. Javier said he loved the arc of Eric’s history with the show: “Once you listen to Eric on the Sirius years, it’s like a saga…it’s a bunch of stories. You have the flying with balloons thing and his so-called girlfriend Kendra.”

Howard asked if Javier knew when Eric first called the show, and Javier jumped: “He wanted to defend Kelly Clarkson because I think you called her fat or not pretty.” Javier regretted Howard’s current ban on Eric’s calls, hoping that it would subside like it has in the past: “It happens every year…whether it takes a week or a month, he always calls again…he’s already breaking down.” Howard then quizzed Javier’s knowledge–he nailed all but three questions: How tall does Eric claim to be? Originally he said he was 3’5″ but now 3′. What is Eric’s birthday? March 11, 1975. Who is Eric’s roommate? Jan Johnson. What is the title of Eric’s children’s book? ‘Dougie the Puggie.’ Name the first show in which Eric acted. ‘American Dreams.’ What name did Eric use to pretend to be someone else on the Stern Fan Network? Romeo Blues. Who did Eric name as his favorite band in 2005? Javier didn’t know the answer: Rascal Flatts. Who did Eric claim to date in 2008? Kendra. What did Eric want to name his modeling agency? Eric’s Modeling and Talent Agency. What song did Sal get Eric to sing for his mock-‘Wizard of OZ’ audition? ‘The Lollipop Guild.’ How does Eric masturbate? “He humps the bed.” Name the Bunny Ranch whores who accompanied Eric during his visit to Howard’s studio? Haley and Terri. Name the Bunny Ranch whore who took Eric’s virginity. Javier named Terri but the correct answer was Haley. Eric infamously once hosted an ill-attended meet-and-greet at what sporting event? Javier guessed it was the WWE but the correct answer was a Sacramento Kings game. Eric pissed off his parents by performing what on-air stunt? He measured his penis. What sport did Eric want to cover as Bubba the Love Sponge’s correspondent? NASCAR. What celebrity asked to co-host Eric’s second show on Howard101? Brian Dunkleman. Name the wrestler Eric wanted to manage. Rated R.