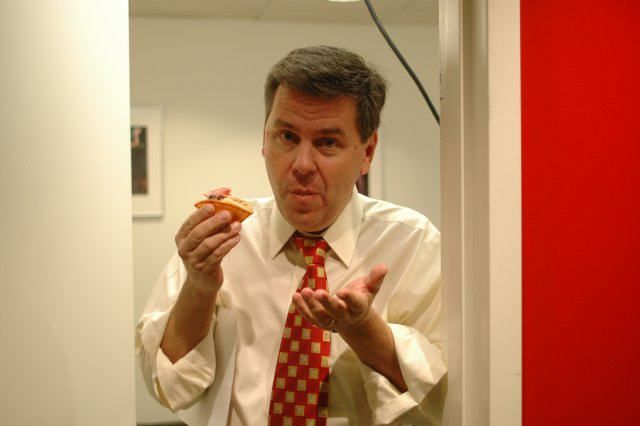 Steve Langford rushed in to deny reports that he’d cried while interviewing Gary about his book, saying he “choked up”–but did not shed a tear. As Gary retold the story that touched Steve, Howard pointed: “Look! He’s crying again!”

Howard later joked that Gary’s story had the same effect on him: “I welled up. But it was his breath.” Steve explained that he was softening with age: “A reporter, as they go on in years, can either get very hardened to what they hear or they can become more sensitive.”

Howard asked how it happened: “Did you have to take a minute to compose yourself?” Steve said it wasn’t that long: “There was a second or two gap.”