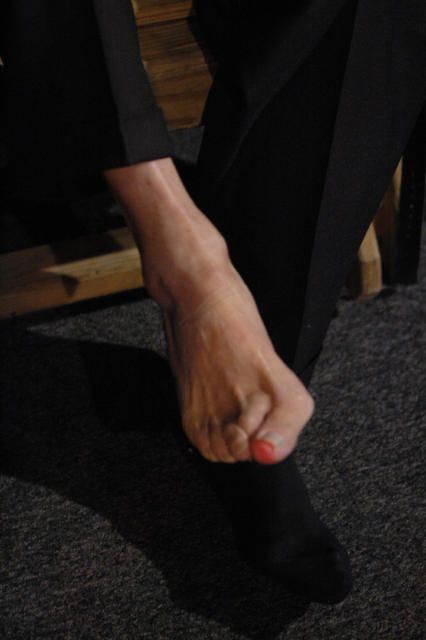 Before George put his clothes back on, he showed the crew his malformed foot: “I had foot surgery that was not successful…the right foot is really deformed.”

George said a fan had given him a really nice pair of running shoes in the 70s, and he’d then worn them while he ran a 10K: “But it was a tad too small for me…that night, I got the most horrific cramp and all the muscle on my right side cramped up.”

The injury left George with a permanently curved foot: “So I had surgery that opened up my foot but over a three year period, it went back.”

Howard noted the George’s left foot didn’t look much better: “Those are some bizarre-looking feet.”

George said he was so self-conscious about them, he leaves his socks on during sex: “I just feel more comfortable. [I’m] not embarrassed but I think it’s unattractive.”