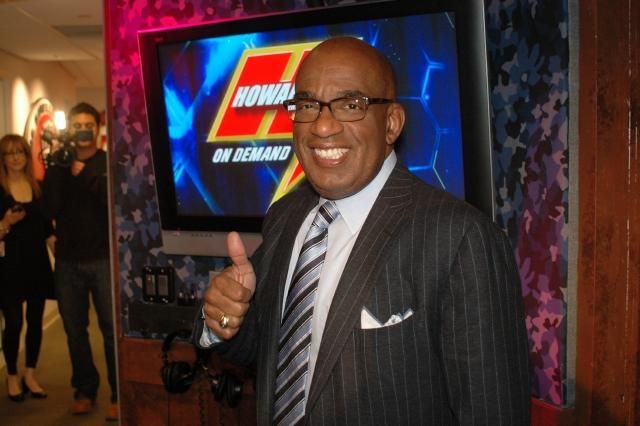 Al Roker stopped by early in the show to promote his new book, ‘The Midnight Show Murders,’ and told the crew he’d trimmed down to 195lbs after running the New York Marathon: “I didn’t lose weight training for it but I lost weight after it.”

Howard asked why it took him 7 hours to complete, so Al laughed: “Look, I am not a runner. Before March of this year, I wouldn’t run for a bus.”

The crew was curious about his schedule, so Al walked them through a typical workday: he gets up at 3:15am, “takes care of my toilet,” checks his email/the Internet and gets on the phone with his meteorologist.

He leaves the house at 4:40am and heads to the Weather Channel, where he hosts ‘Wake Up with Al’ every weekday at 6am. Afterward, he heads over to the ‘Today’ show where he usually finishes his on-air duties by 10am.

He applied the same dogged ethic to the pursuit of his wife, pursuing her for years before they started dating. He even did her laundry: “I was in that friend zone. It’s like you’re the sidekick…I stocked the refrigerator.”

Howard asked if he was bolder in the bedroom now that he’s slimmed down, so Al laughed: “No, but I think she was impressed because it looked bigger…I am a black man.”