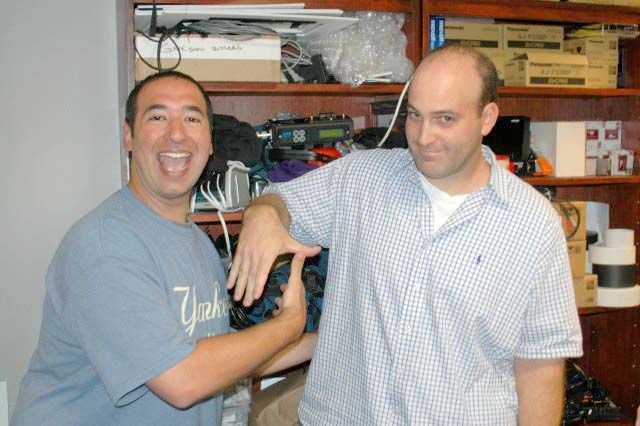 Howard heard that Scott DePace was frequently seen out about the office talking to people during the show and demanded to know why he wasn’t at his HowardTV post directing the show.

Scott came in saying he wasn’t the only one who wasn’t always on-task–citing Jason as an example.

Jason came in to defend himself, and Scott asked: “How can you be listening to the show and logging when you’re arguing with me?”

Jason laughed: “Because you come back and start arguing with me. I put my headphones on and turn away.”

Howard decided he didn’t care: “The two of you have gained weight. You should be discussing exercise, not politics.”