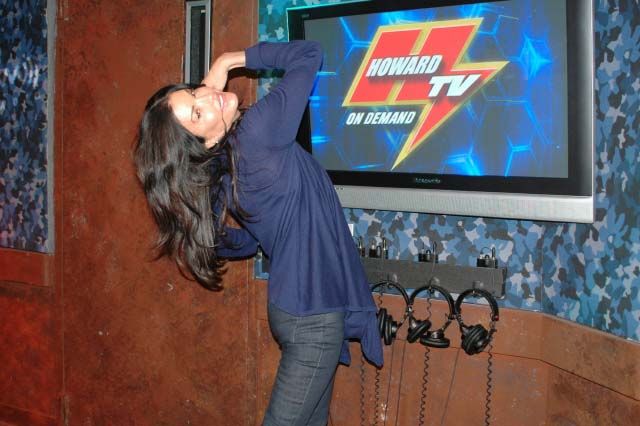 Model turned television personality Janice Dickinson stopped by the Stern Show to say hello and told the crew she was happy to see Howard and Beth had finally gotten married.

Howard asked her how she started modeling, so Janice said she’d been driven since she was 13 or 14: “I had to pound the doors.”

Howard wondered if she’d been aggressive sexually, too.

“Well, yeah. I liked it,” Janice shrugged, saying she’d also been with girls back then. “It was good. It was great to have sex. Life is good with sex, right?” 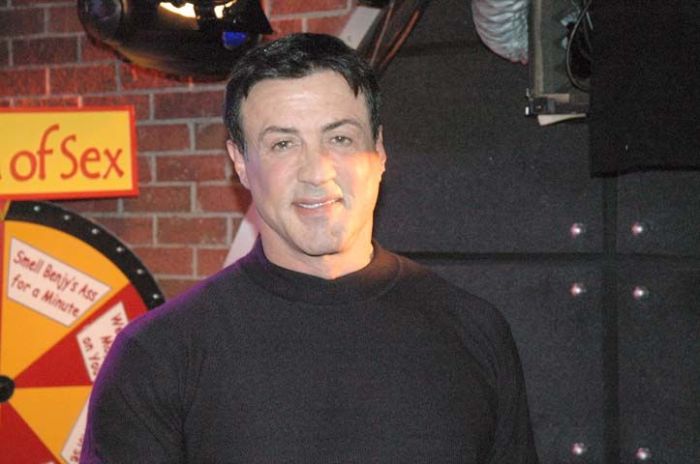 Janice said she later dated Sylvester Stallone for a while.

Howard played a clip of Sly talking elements of their relationship, but Janice was unfazed: “God bless him,” she said. “It’s cool.”

Asked if she’d still sleep with him, Janice nodded: “Yes. We had fun. We laughed and had fun. He was fun.”

Liam Neeson Is Big, Mick Jagger Is Not 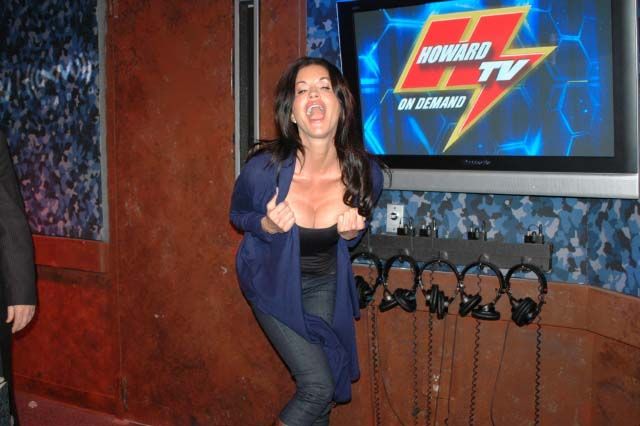 While she was on the topic, Janice also dished on the penis sizes of some of her famous partners, like Liam Neeson: “He took his pants off … an Evian bottle fell out,” she said. “I was amused like I was at the zoo.”

Howard asked if bigger really was better, but Janice shook her head. “It really is a myth and the myth can hurt you,” she said.

Janice added that Mick Jagger couldn’t hurt anyone. “He’s nasty, period,” she said before denigrating the size of his manhood.

Janice recently began dating a fireman named Alex who apparently resembles Sandra Bullock’s philandering ex, Jesse James. “I’m gonna have him followed,” she laughed before boasting that menopause hadn’t slowed her down in the bedroom.

Janice went on to say she was game for anything with Alex. “If you wanna right hook me and knock me out, I’m happy with that,” she said. “I like to do everything short of choking. What’s up with that? All those rich guys love to choke you.”

Janice said she’d even toss her man’s salad: “I’ll do it. Well, haven’t we all. In order to get down there and do the licky-licky, I probably will have had to visit a brewery or something.” 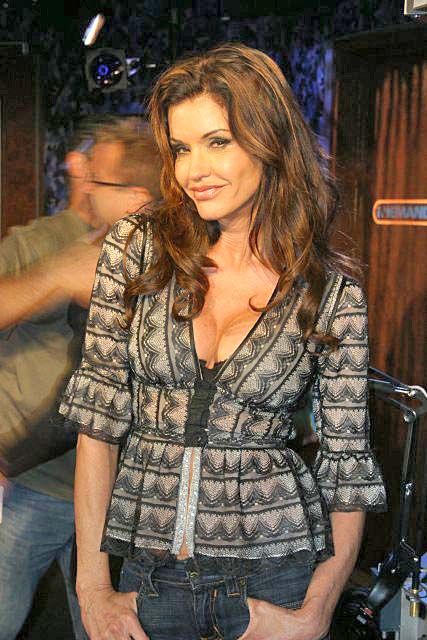 Janice told the crew it happened 25 to 30 years ago: “I remember vignettes of the evening. I remember just very nice, missionary-style sexual behavior,” she said. 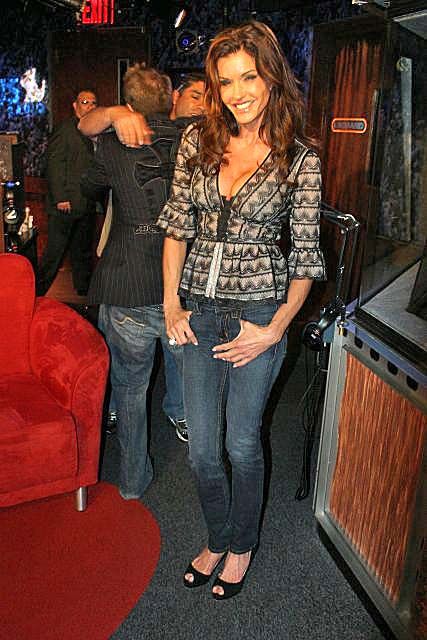 Howard asked Janice to comment on her most infamous reality TV moments, and Janice obliged.

On leaving “I’m a Celebrity … Get Me Out of Here” because she was constipated: “They treat the rice on these TV shows. They ply it with starch. I was begging the doctor to stick his fist up my ass.”

On falling down a flight of stairs on Finland’s production of “America’s Next Top Model”: “It wasn’t fun so I had a moment.”