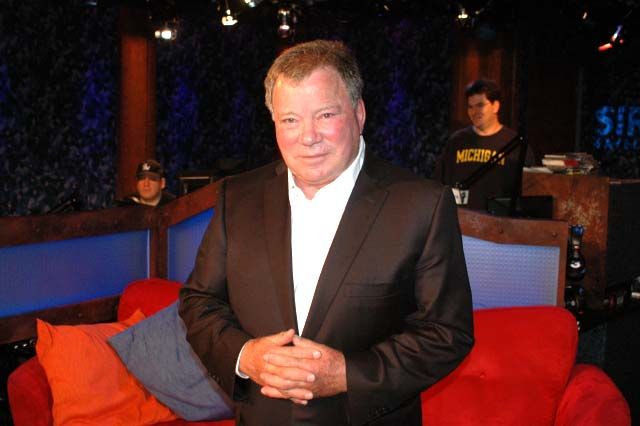 George told the crew a story about a stand-off on the set of the original ‘Star Trek,’ saying a photographer once came around to photograph Leonard Nimoy–until William Shatner found out.

William had producers kick the photographer out and both men retreated to their dressing rooms: “Then a group of suits came in and go to Bill’s dressing room and spend about 15 minutes there and then go to Leonard’s dressing room.”

George said an assistant came and told the cast and crew to take a break–and then another break…and another. When they returned from each break, the cast would catch sight of a negotiation in progress: “We’d see the suits going back and forth from one dressing room to another.”

George said it all stemmed from Shatner’s jealousy: “It turns out that Bill had–in his contract–an approval of a photographer on the set and he exercised that.” 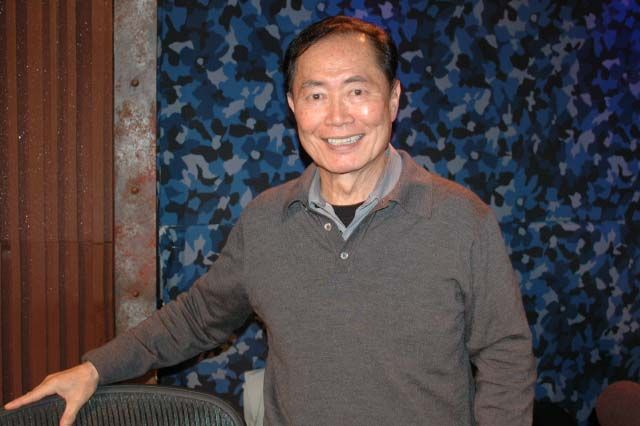 JD tried to explain that he thought the link was just to an image of the video box cover, but Howard insisted that he got the whole video. He then had the HowardTV guys bring up the clip on the monitor to show George.

At first George was weirded out by the twins but he quickly found something to focus on: “Look at those pectorals. They’re very hung too.”

George marveled at the myriad of ways the twins had decided to couple: “Everything. Front, back, sideways…I’ll take this with me.”