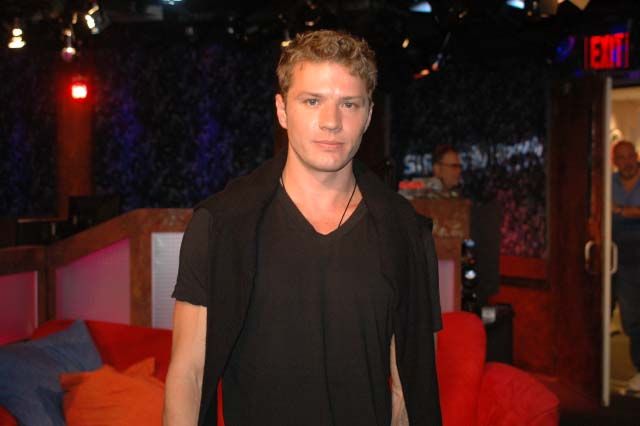 Ryan Phillippe stopped by to promote his gig hosting ‘SNL’ this week and Howard immediately noticed that he was covered in tattoos.

Ryan said they used to mean hours in a make-up chair (to cover them when he did a movie), but now it just takes a couple minutes to cover up: “They use an airbrush now.”

Howard also noted that Ryan had bulked up since he’d last been on the show: “What’d you do some juice?”

Ryan clarified: “Hers came first. And this is also why I’ve established a new rule not to date anyone who has a publicist. Yeah. It’s like, who announces break-up? I don’t understand that, you know? There is no need for that.”

Ryan continued to rag on the Hollywood ‘spindustry’ (“I’ve been dumped on in the press for relationship stuff…but I’m tired of getting shit on, man.”), later adding that speculative reports bothered him to the point that he actively avoids the tabloid racks: “I stopped it now cause, man, you Google yourself [and] you wanna commit suicide…I’m trying to change my whole public image and get things back on track.”

JD Harmeyer Had No Shot 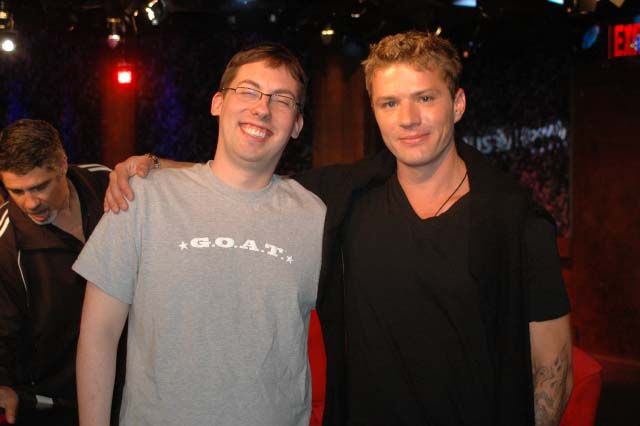 Ryan said he had a good time hosting JD–and his dream date, Ashley Dupre–at his house a couple weeks ago but was pissed at JD insulting his date on-air: “That girl I was with, by the way, was gorgeous.”

JD came in to defend himself, but Ryan instead laughed at how much sake JD had to drink: “You were drunk. Super drunk…he spent an hour and change at the table trying to learn how to use chopsticks.”

Howard wondered if Ryan saw Ashley giving JD any vibes: “Did you get the feeling she was interested in any way?”

Howard asked if Ryan was ever jealous of the time Reese Witherspoon’s boyfriends get to spend with his kids.

Ryan said he was a jealous guy, but trusted Reese completely: “I trust her to make the right decisions about who’s around our children. And I would hope she feels the same way. I would think she does.”

Ryan later added: “We’re real supportive of each other. After I had my break-up, she called. And after she did, I called. And like I said to you, we have to–we have to work together, man, because we don’t know what’s going to happen one week to the next work-wise. We have to be friends.”

Seizing on Ryan’s admission of jealousy, Howard demanded he name “the one guy that made him mental.”

Ryan thought for a bit, finally bursting: “When she did this movie ‘Sweet Home Alabama’…[Josh Lucas] went on like ‘Entertainment Tonight’ saying that when he first saw her in a movie he said, ‘I’m gonna marry that girl one day.’ Basically it was telling the world that he was in love with my wife! It was shitty.”

Howard wondered if Lucas ever made a move, and Ryan shrugged: “How would I know? Do you think either of them would tell me?”

Howard asked if Ryan’s jealousy extended to Reese’s career, but Ryan was emphatic: “I was never jealous. I was never–in terms of her success–and, you know, the money she [made]. That never bothered me. People always paint me that way but I’m so not that guy, man.”

On the Staff Bathroom 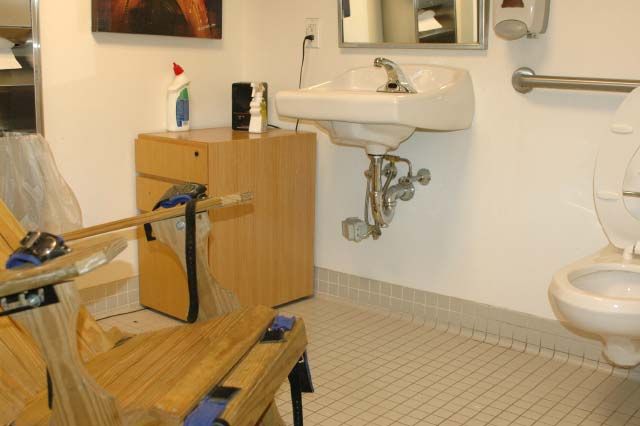 Ryan said he’d been listening to the show recently and was puzzled why anyone cared about having access to the staff bathroom: “There’s nothing special about that bathroom…the tickle chair is super creepy.”

Howard said there’s nowhere else to put it–not that it needs to be on hand: “I don’t do any tickling anymore. I’m not into that. It was a phase. And, you know, Beth ain’t gonna go for that.”

Victimized by the Hollywood Casting Couch

On his way out, Ryan admitted that he’d been a victim of a Hollywood ‘casting couch’: “It happened once early on in my career.”

Ryan said things got awkward fast: “He wanted me to come over to his house for a rehearsal. But then I was supposed to take my shirt off for that rehearsal. And that’s when I left.”

Ryan added that this all happened with he was 18 or 19–and really young-looking: “I looked like I was 13. Yeah. It was creepy.”