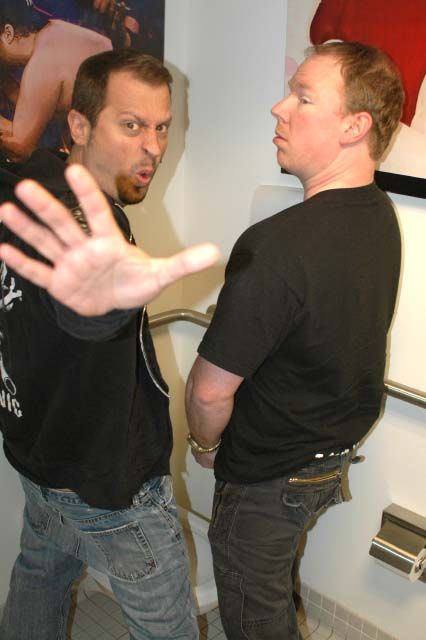 Lisa G reported that Richard and Sal were caught peeing into the same toilet bowl again–with the seat down–so Sal came in to explain:”I have to leak in a toilet because I have to wipe my foreskin…I’m not blaming Richard for having to pee with me, but he–it was odd that he had to share a tiny stall with me. That was a little peculiar.”

Howard was repulsed by the practice: “That’s so f’ing gay.”

Richard came in to say he and Sal weren’t gay for peeing together: “We weren’t doing it to be wild and crazy. No one was even in there. I just like being with him. We talk about stuff.” Howard disagreed: “Oh my god. You’re f’ed up, man. And I know you’re trying to be funny now…” Richard insisted he wasn’t: “No! It’s not a funny thing. I just love doing stuff with Sal.” Howard didn’t want to hear it: “You two are not to pee together anymore. Period. It’s over.” Sal tried to get Howard to reverse his decision, starting: “Oh that’s…” But Howard cut him off: “No. Bullshit. You’re going to fight for that? That’s important to you? To see his cock every day? You asshole…I don’t care about the two of you and your high jinks. Listen, worry about being funny on the air. This is off the air–it’s where people have to pee. They have to sit on those seats. It’s over.”

Keep Your Fluids to Yourselves 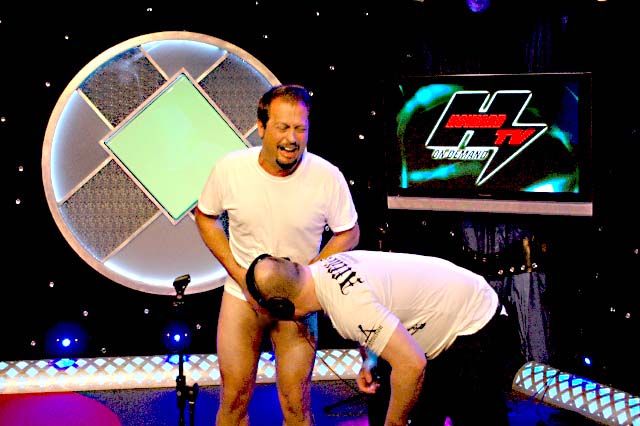 Richard swore that he and Sal had cleaned the toilet seat afterward with toilet paper, but Howard was too repulsed to care: “You guys make me have to be daddy around here. I’m the crazy man. I’m the wild man of radio and you’re forcing me to become rational…you’re going too far. We’re getting into a dangerous area.”

Robin agreed: “You can’t be throwing your bodily fluids around.”

Sal somehow thought stream-crossing was helping the show (“We’re boosting your crazy meter.”), which only made Howard angrier: “This is a big joke to you…no? This is just gross. Have some respect for us. I’m talking about your fellow workers. No. I don’t want you in the same stall. There’s no reason for it. Gay lovers don’t piss with each other. This is bizarre. Come out of the goddamn closet if that’s your problem. Go suck each other’s dicks and stick your dick in his ass.”