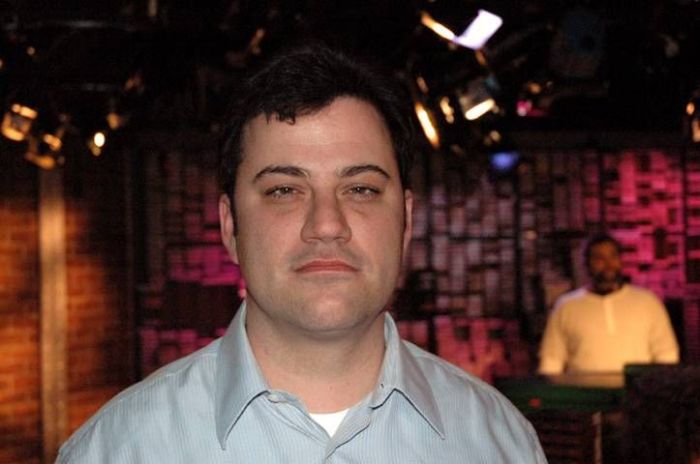 Jimmy Kimmel stopped by to sit in for the day and to recap last weekend’s star studded party at his house. Howard asked how things would go if he broke up with Molly, his current girlfriend, as she’s the co-head writer of his show.

Jimmy admitted it’d be weird. “We’ll just try not to,” he told Howard before quickly changing the subject and telling Howard he had to visit L.A. more often.

Jimmy laughed that he’d made every effort to make sure Howard’s trip was a good one: he put more thought into the food for the party than he had his wedding.

“Much more … I wanted it to be a Jackie Martling-style party … without the garbage can full of clams,” Jimmy joked.

Eric the Midget called in to ask how Jimmy’s family was doing. Jimmy laughed and said, “My family’s doing very well. Thank you.”

Howard wondered if Jimmy would ever have ex-girlfriend Sarah Silverman on his show, but Jimmy couldn’t see how it could possibly go well.

“I feel like our first conversation should not be on television, you know?” Jimmy said.

His girlfriend Molly hasn’t moved in with Jimmy yet, even though he’d like her to. “I would like her to move her clothes in but she’s resistant to that for some reason.”

Howard noted that Molly had spoken with Beth about her desire to have children, so Jimmy sobered quickly: “It’s something that I have mixed feelings about, obviously.”