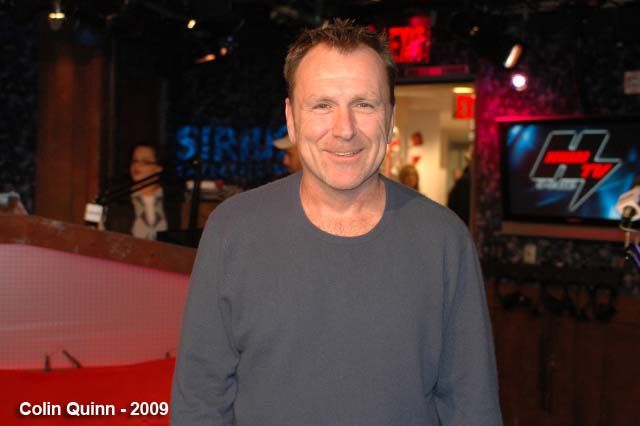 Colin Quinn called in to explain what he meant when he told Lisa G that Howard wouldn’t like his new one-man show because “Howard doesn’t like smart comedy.”

Colin said he felt compelled to clarify his statements: “I know in my heart of hearts that that’s going to eat away at you.”

Howard said it wasn’t eating at him all: “You don’t think I’m a bright guy. I understand that.”

Colin said it was reference to a joke Howard had told him a long time ago (“I don’t like smart comedy. I like dumb comedy.”) and continued to grovel.

Howard cut him off: “It’s not going to eat away at me. I thought it was funny, actually.”

Howard then asked why Colin staged his one-man show instead of touring with it, so Colin laughed: “Not to bring up a sore subject, but people in clubs don’t appreciate intelligent humor.”